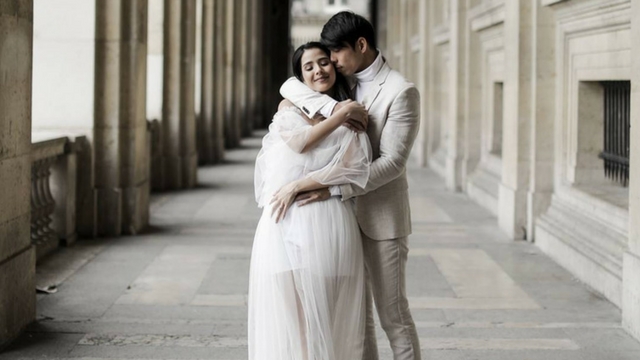 MANILA, Philippines – Maxene Magalona and Rob Mananquil celebrated their engagement with a dreamy shoot held no less than in the city of love itself – Paris, France.

Maxene shared a photo from the shoot on January 2 with the caption, “Sometimes, home has a heartbeat.”

The shoot was done by Team Pat Dy, made up of Pat Dy, and his partners Francis Perez and Caliber King. The photographers shared more photos from the shoot, which saw the fashion-forward couple going through several outfit changes and shot in various locations around the French capital.

While the couple haven’t revealed much about their upcoming wedding, if the engagement photos are any indication, it’s sure to be stunning.

The pair got engaged in February 2017 in Japan. – Rappler.com