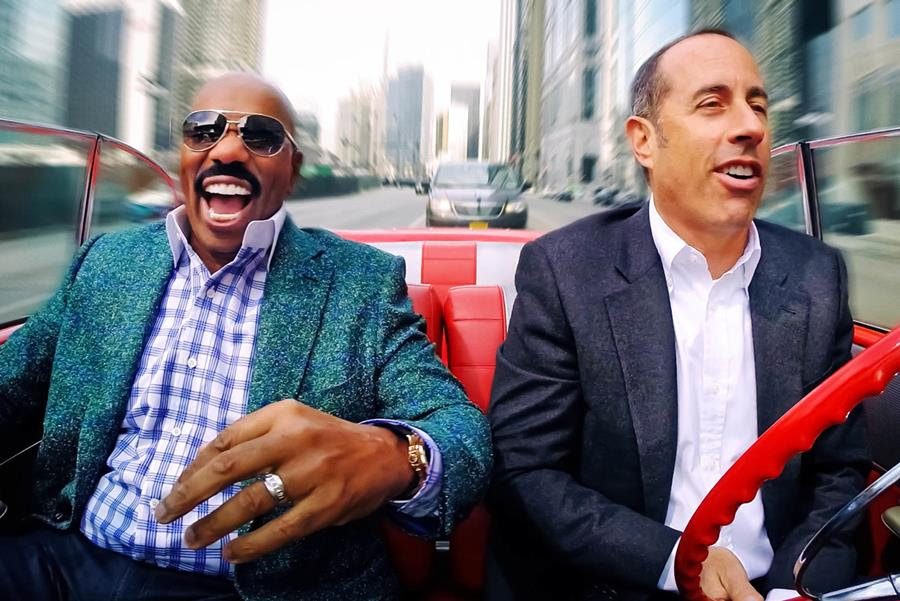 MANILA, Philippines – It’s 2018 and the new year has brought new shows and new seasons to Netflix!

The streaming service is set to screen many new original movies and documentaries, perfect for a quick watch over lunch or before bed, and new seasons of old favorites too.

Have a look at the titles below and plan out your January binge list!

Comedians in Cars Getting Coffee Collections

In Jerry Seinfeld’s unique series, he picks up a guest comedian in a cool car, then they set off for laugh-filled conversations fueled by caffeine.

Best friends Dylan, Luke, and Evie continue to navigate the ups and downs of relationships as they search for their soul mates.

Dirk and Todd reunite, along with Farah and new allies in Montana law enforcement, to investigate a case partly set in a magical fantasy realm.

Pete struggles with a crisis of confidence, Carter opens up to a new friend, Ruth returns to her roots, and Olivia’s business takes off.

An astonishing revelation about herself leads Vanessa to question her entire life story, while the battle to defeat Dmitri’s vampires rages on.

Witness the stories of history’s most notorious kingpins, their terrifying enforcers, and the men and women who swore to bring them down.

As Grace and Frankie muddle through ups and downs with their business, romantic relationships and families, they must face some realities of aging.

One Day at a Time: Season 2

With the help of her old-school Cuban-born mother, a recently separated woman navigates single life while raising her two children.

After brutally murdering a young couple, the killer heads to the rural Scottish Highlands, where their feuding families live.

Traveling around the world on a pink bus, 7 attractive young men and women pursue true love, with the goal of returning home as part of a couple.

A retired vigilante leaves behind his quiet life as a school principal and returns to fighting crime in his New Orleans community.

If Jason Blossom’s murder revealed the slimy underbelly beneath Riverdale’s surface, as we enter season two, the shooting of Fred Andrews threatens to plunge the entire town into utter darkness.

With a new face poised to join the family, the Carringtons and the Colbys feud for control over their fortune — and their children’s lives.

A Polish-born bandleader who dreams of building a musical empire in the US lures his fans into a Ponzi scheme in this comedy based on a true story.

Following a tragedy, a mother and her teen son move to a relative’s vacant vacation home, where eerie and unexplained forces conspire against them.

A Futile and Stupid Gesture

Will Forte and Domhnall Gleeson star in this exploration of the troubled life and groundbreaking career of “National Lampoon” co-founder Doug Kenney.

This docuseries travels deep into the heart of the food supply chain to reveal unsavory truths and expose hidden forces that shape what we eat.

“Everybody Loves Raymond” executive producer Phil Rosenthal travels the world to take in the local cuisine and culture.

In his third Netflix special, the LA-based comic and podcast host talks about online shopping, weight loss, and life on the road.

The king of underground comedy takes the stage in Jacksonville with unflinching riffs on American politics and the raunchy perils of getting old.

Llama, his family and his good friends have heart-warming adventures in a safe, friendly town. An animated show based on the award-winning books.

Seemingly simple but deceptively complex, the game of “Go” serves as the backdrop for this battle between artificial intelligence and man.

Treasures From The Wreck Of The Unbelievable

This cinematic journey into the waters off East Africa chronicles the story behind artist Damien Hirst’s massive exhibition of oceanic treasures.

After being dumped on New Year’s Eve, Bill pursues his ex-girlfriend to an off-season Gulf Coast beach town, but things get complicated along the way.

This documentary follows the police of Oakland, California, as they reform and face the challenges of corruption, commitment and cataclysmic change.

Legends of the Fall

When a Stranger Calls