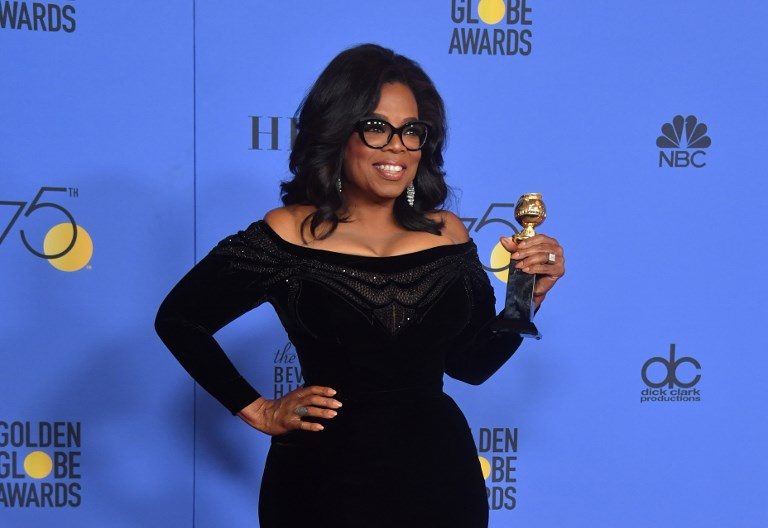 Facebook Twitter Copy URL
Copied
'I want all the girls watching here now to know that a new day is on the horizon,' she says

The award is given by the Hollywood Foreign Press Association to individuals who have made “outstanding contributions to the world of entertainment.”

In a speech that made the whole room fall silent, Oprah recalled being a little girl in 1964 watching Sidney Poitier receive an Academy Award, and then later on, the Cecille B. De Mille Award in 1982.

“It is not lost on me that at this moment, there are some little girls watching as I become the first black woman to be given the same award.”

In her speech, Oprah spoke about the widespread sexual abuse and inequality in Hollywood.

“For too long, women have not been heard or believed if they dared to speak their truth to the power of those men. But their time is up. Their time is up,” Oprah said, earning a standing ovation from the room.

“I want all the girls watching here now to know that a new day is on the horizon. And when that new day finally dawns, it will be because of a lot of magnificent women, many of whom are right here in this room tonight, and some pretty phenomenal men, fighting hard to make sure that they become the leaders who take us to a time when nobody has to say ‘me too’ again,” she said. – Rappler.com