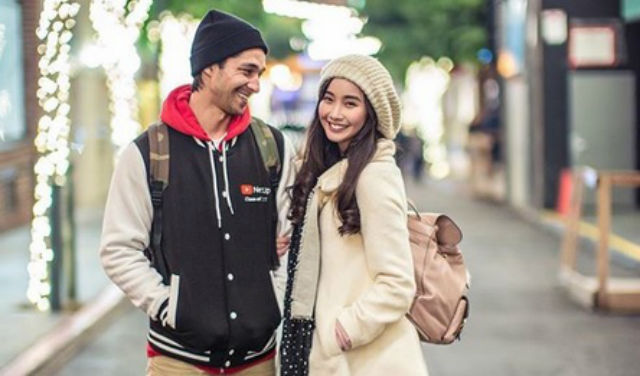 MANILA, Philippines – The secret is officially out. YouTube vlogger Wil Dasovich and cosplayer Alodia Gosiengfiao confirmed that they are already together.

Wil made the announcement in the YouTube video “The Truth About My Fake Relationship.” In the video, he and Alodia are seen doing their walking routine and grocery shopping.

“She’s my girlfriend. The secret is out,” he said.

Rumors of the two being together circulated last year when Alodia visited Wil in San Francisco, where he’s currenlty recuperating from his chemotherapy due to cancer. Nico Bolzico, businessman and husband of Solenn Heussaff dropped hints the two were a couple but later took it back.

He also said that the simple things he and Alodia do puts a smile into his face.

“Well we never kept it a secret. We never denied anything and for the most part, we thought it was obvious and didn’t need any kind of confirmation or anything,” he said.

Wil confirmed he was cancer-free earlier this month. – Rappler.com