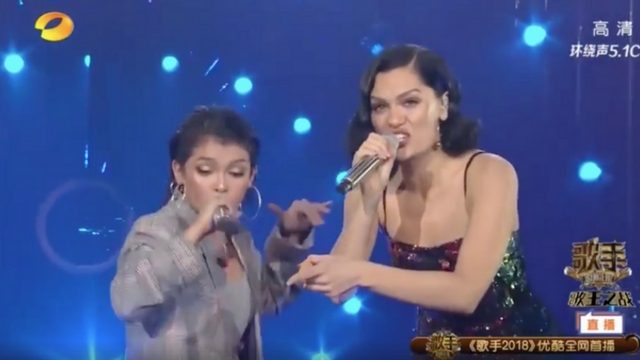 KZ Tandingan may not have won Chinese singing competition Singer 2018, but she got to have her shining moment at the finale when she performed alongside American singer-songwriter Coco Lee and British pop star Jessie J, who won the competition.

Jessie chose KZ and Coco to go on stage with her at the Singer 2018 finals. The 3 performed the song, which Jessie originally recorded with Ariana Grande and Nicki Minaj. Coco belted out Ariana’s parts, while KZ rapped Nicki’s.

KZ became a contender on Singer 2018 in February, wowing audiences with her renditions of songs including Adele’s “Rolling in the Deep,” and the Mandarin song, “The Pain Which You Don’t Know.”

She was eliminated in the show’s 9th episode. – Rappler.com