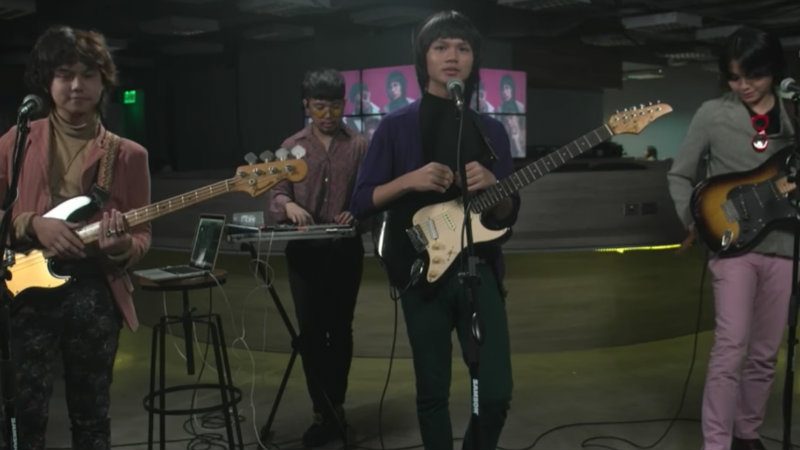 Facebook Twitter Copy URL
Copied
'Despite the circumstances, we will continue to create and share more music and to play our shows in the coming weeks,' says the band

MANILA, Philippines – IV of Spades, the young and upcoming foursome that has wowed with pop-funk tunes, announced early May 5, Saturday, that lead vocalist Unique Salonga has “officially left the band.”

In a post on their official Facebook page, the band said Unique left to “continue with his personal endeavors.” (WATCH: Rappler Live Jam: IV of Spades)

“Yesterday, May 4, we finally had the chance to talk as a band. Unique Salonga officially left the band to continue with his personal endeavors,” members Zild, Badjao, and Blaster said in a post.

“We are grateful everyday for your love and support. For the past weeks, the band felt the support at the live gigs around the country and online while waiting for Unique,” they added.

“Despite the circumstances, we will continue to create and share more music and to play our shows in the coming weeks,” the 3 added, ending their open letter with the words “To God be the Glory.”

According to an ABS-CBN report, Unique was rushed to the hospital in early April. No details were officially released.

In the comments section, fans and supporters expressed both shock and dismay at Unique’s rather early exit from the band.