LOOK: K-pop group WINNER is in the Philippines! 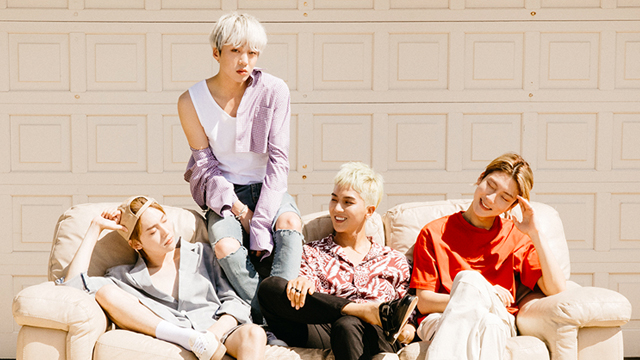 Photos and videos of WINNER members at the Ninoy Aquino International Airport (NAIA) first surfaced on Monday, May 21. Here’s a clip from Twitter user @PatchichuCastle:

Jinwoo and Hoon are in the car already.

sorry for the shaky video coz were internally screaming and we can't call them. Im afraid that the staffs might notice us and make winner uncomfortable.#winner #ksy #mino pic.twitter.com/vk8UcfEoKq

The following day, Twitter user @lira_bumanlag posted photos of Yoon and Mino walking around in El Nido, Palawan. She also took selfies with the two youngest members of WINNER.

On their last day in the Philippines, rapper Hoony posted a photo of him enjoying a cold shake at Lagen Island Resort in El Nido.

Filipino fans waited outside NAIA on Thursday, May 24 to send the boys off. Here’s a video from Twitter user @youronlycomfort:

The 4-member group composed of Yoon, Mino, Hoony, and Jinu made their 2018 comeback last April 4, when they came out with their second studio album, Everyd4y.

They have been actively promoting in Korea since then, appearing in music and variety shows, and performing at university festivals. Here’s the music video of their title track, “Everyday.”

WINNER made their debut in 2014 as a 5-member group under YG Entertainment, the same agency of K-pop groups Big Bang, 2NE1, and iKON. Member Nam Tae-hyun left the group in 2016. – Rappler.com