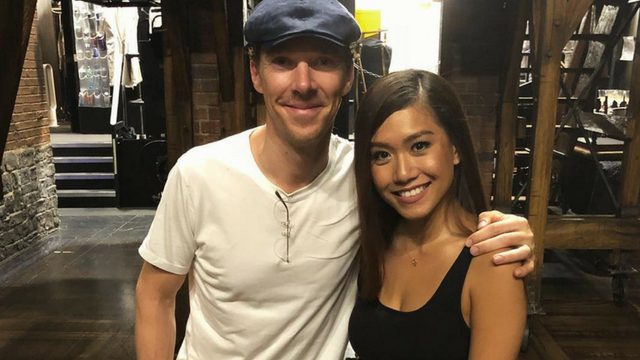 MANILA, Philippines – On the Hamilton West End stage, Rachelle Ann Go may be the star of the show, but off stage, she is another gushy fangirl like everyone else – evident in her many photos with the international stars in the audience – from Emma Stone to Keira Knightley.

Latest in her collection of celebrity photo-ops? Sherlock and Doctor Strange himself, Benedict Cumberbatch.

Rachelle shared their photo on July 5 saying, “What an honor to have met Benedict Cumberbatch last night. He is soooooooo humble.”