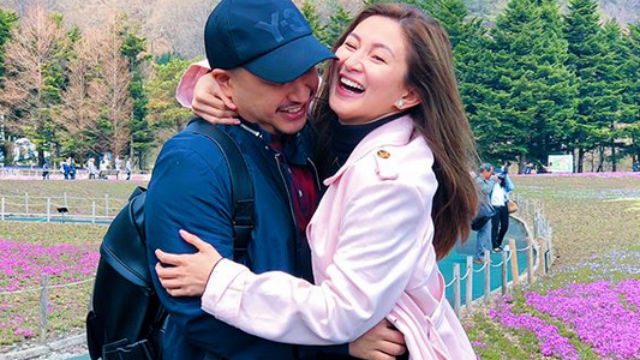 Facebook Twitter Copy URL
Copied
Her boyfriend, Jeron Manzanero proposes to her at a movie theater witnessed by friends

On Sunday, August 26, Jeron proposed to the Destined to Be Yours actress at a movie house in Greenhills. Some of Sheena’s close friends from the industry including Rich Asuncion and Juancho Trivino witnessed the proposal.

Rich posted snippets of the proposal, while Juancho shared bits of it via Instagram stories.

Congrats to the newly engaged, our dearest @mysheenahalili and @jemanzanero !! Welcome to the club! Sheena posted a snippet of the moment with the caption : “Siya ang panalangin ko.” (He’s my answered prayer)

The answer is: YES!

Sheena first rose to fame when she entered showbiz via the reality talent show Starstruck. Her batch included Katrina Halili, Jennylyn Mercado, Cristine Reyes, and Mark Herras. Shows she starred in include Marimar, Impostora, Destiny Rose, and Rosalinda, among others. – Rappler.com