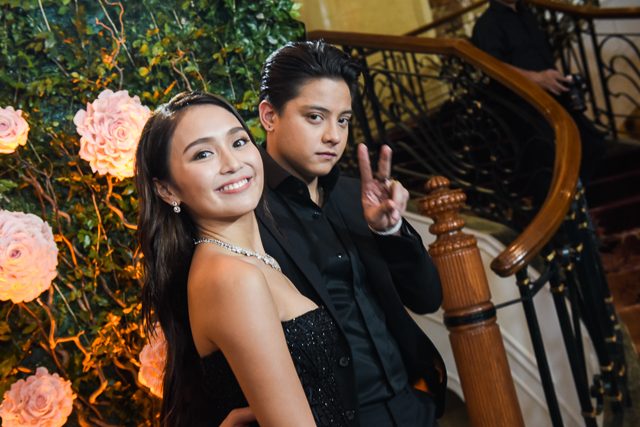 MANILA, Philippines – Many have probably been wondering why the wildly popular showbiz event, the Star Magic Ball, has suddenly been renamed the ABS-CBN Ball 2018.

Since 2007, the Star Magic Ball has remained one of the most highly-awaited gatherings of the country’s biggest and brightest Star Magic talents, where every celebrity and famous love team don their fashion’s best during one special night.

This year, the Star Magic Ball will now be called the ABS-CBN Ball 2018, with the theme: “Share The Love.”

The ball is tied to an advocacy – the re-launching the Children’s Village of Bantay Bata, which will be a home for abused, neglected, and exploited Filipino children located in Bulacan.

Just like in previous years, those invited to the ball include Star Magic talents and even celebrities who aren’t under ABS-CBN management.

With this new move, who can you look forward to seeing on Saturday, September 29?

Confirmed attendees for the event include Vice Ganda, Coco Martin, Anne Curtis and Karla Estrada, who are all non-Star Magic celebs. Matteo Guidicelli also just confirmed his attendance, even asking girlfriend Sarah Geronimo to be his date for the ball.

Top Star Magic love teams will also be present, including KathNiel (Kathryn Bernardo and Daniel Padilla), LizQuen (Liza Soberano and Enrique Gil), and JoshLia (Joshua Garcia and Julia Barretto). Finally joining them this year is Viva’s JaDine (James Reid and Nadine Lustre), who will be attending the event for the first time.

Over 600 guests are expected to attend the ball. – Rappler.com