Former ‘PBB’ housemate Ryan Bacalla: ‘My God loves me for who I am’ 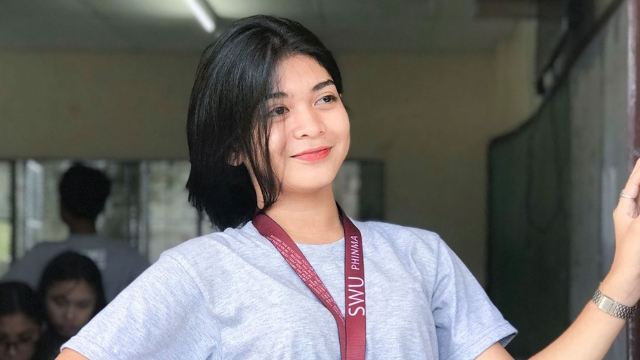 The post, which originated form a certain “Armson” on Facebook, showed photos of Ryan from his time on PBB, alongside recent photos of him donning a more feminine look.

While his transformation was, on the whole, well-received, it also had fair share of bashers.

For Ryan, however wouldn’t let any negativity dim his glow. Sharing an article from Push, Ryan said on Facebook: “I will stand on my belief that MY GOD loves me for who I am and what I do because I believe na wala along tinatapakang tao (that I’m not putting anybody down).”

“My God has taught me not to judge anyone else because it is only Him who has the right to do so. But here we are! The world is a market of opinion. Whatever you say and do, people will always have something to react about it,” he said.

Ryan reaffirmed his devotion to his religion, saying, “I am a 100% Catholic ngunit never kong tinakwil ang aking relihiyon dahil bakla ako (I never rejected my religion because I’m gay).”

“Kung hindi kayo natutuwa sa pagkatao ko (If you’re not happy with who I am), then stop wasting your time to show your hate,” he added.

Ryan is known for being a contestant on PBB in 2015 where he was known as “Kid Sunshine ng Cebu.” He was in the same batch as teen stars Ylona Garcia and Bailey May.

In a comment on the viral post, Ryan said he is “happily living a private life” with his family, and is currently a Grade 11 student at the Southwestern University in Cebu.

Regarding any future plans to return to showbiz, he said, “if it’s God’s will, then so be it. But for now I am living a peaceful life with my family and I am so contented of what I have in my life right now.” – Rappler.com