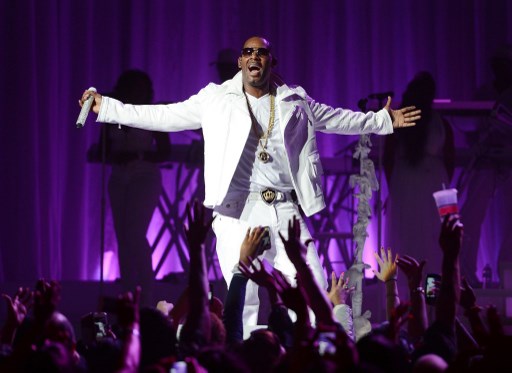 NEW YORK, USA – The #MeToo movement has shaken a number of industries including Hollywood in recent years, but the world of popular music has mostly shied from embracing the crusade.

In a business long associated with seedy behavior, few artists have faced rejection for actions or allegations, no matter how shocking.

But a sea change now seems possible: the release of the explosive docuseries Surviving R. Kelly has renewed focus on the R&B luminary’s checkered history, and triggered discussion about music’s protection of its stars.

For decades the artist, whose real name is Robert Sylvester Kelly, has been accused of child pornography, sex with minors, operating a sex cult and sexual battery.

Despite the unsettling claims the decorated Kelly, 52, has continued to perform and maintain a solid fan base.

But for some people  – many of them black women  – it’s time for Kelly to face the music.

In recent months, and particularly after the docuseries’ January release, the movement #MuteRKelly  – designed to prevent the playing of his music  – has gained pace.

So far the Atlanta-based organization says it has prompted the cancellation of 12 concerts, including in Europe, and caused him to lose an estimated $1.75 million in revenue.

“R. Kelly has been able to amass a degree of power and status which he uses to buy himself out of accountability,” she said.

“This sends a message to the entertainment and recording industry, who themselves have a financial interest in playing his music: we are saying no.”

But why has such a reckoning taken so long for Kelly, a man long trailed by sex abuse accusations?

For sociologist and justice advocate Shanita Hubbard, the answer centers on race.

“It’s because his victims are young, black girls from the hood,” she told AFP. “These are voices that tend to be ignored.”

“America has a tendency to shun women in general, but it’s far worse for black and brown women.”

Women of color experience sexual assault at higher rates than white women, according to the US Centers for Disease Control and Prevention  – and many are less likely to report than white women out of fear or desire to protect their communities, experts say.

“Ever since enslavement there’s been a way people have tried to justify violence against black women, particularly sexual violence,” she said.

The situation is complicated further because Kelly, like many of his victims, is also black, she said.

Black communities often distrust a justice system rife with racial disparities, and are wary of law enforcement, considering the state’s disproportionate use of violence against black people.

“There’s a way people are protective of Kelly in a world that has historically and continues to incarcerate black men unfairly,” she said. “People conflate R. Kelly’s predatory behavior with the general and unjust incarceration of black men.”

“That conflation is really dangerous.”

Kelly is far from the only popular musician to face accusations of abuse: American singer Chris Brown, 29, is accused of raping a woman in Paris.

The artist  – who in 2009 was convicted of beating fellow singer Rihanna, his then girlfriend –  adamantly denies the accusation, posting on Instagram: “This B!tch Lyin’.”

Prior to his death the 20-year-old rapper XXXTentacion was involved in several violent incidents including alleged physical abuse of his pregnant ex-girlfriend, but is still popular among critics and fans.

But on the whole accused musicians have continued working unscathed.

Bailey said “hip hop is perhaps more explicit than other genres in terms of how it addresses behavior towards women”  – but that the issue spans genres, with the industry casting harassment as a norm.

“There is a culture where that kind of violence does not seem as outside the realm of possibility because it is readily available in the music, so people are desensitized.”

But Barnes of #MuteRKelly is optimistic for change  – especially after seeing her organization founded in 2017 spike from one chapter to 12, each having upwards of 1,000 active followers.

Since the docuseries R. Kelly’s label has reportedly parted ways, and public pressure is intensifying on radio stations and streaming services.

“This castle wasn’t built in a day, and it won’t be dismantled in a day,” Barnes said.

“But society is coming around.” –  Rappler.com