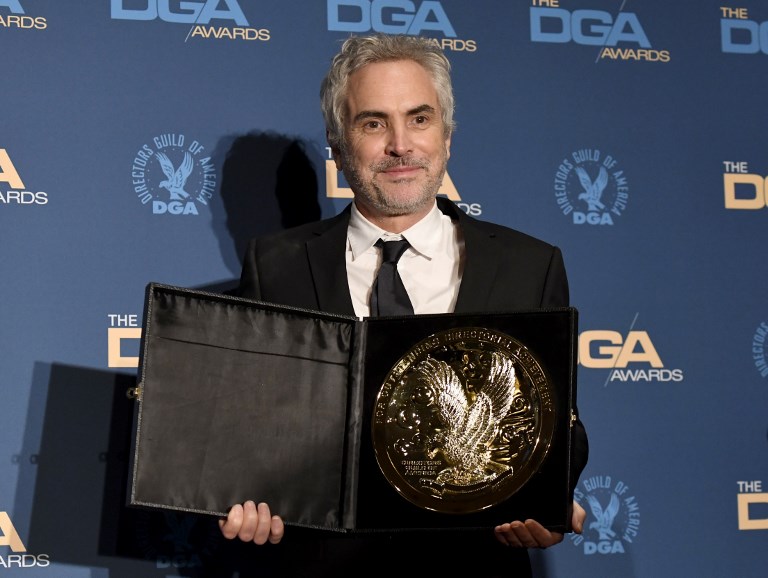 LOS ANGELES, USA – Mexican filmmaker Alfonso Cuaron on Saturday, February 2, scooped the Directors Guild of America (DGA) award for Roma – a strong indicator he will be named best director at the Oscars in three weeks’ time.

Cuaron received the top prize on Saturday from compatriot Guillermo del Toro, who won last year for The Shape of Water.

Cuaron, who won the same accolade for Gravity in 2014, thanked stars Yalitza Aparicio and Marina de Tariva, along with the rest of the cast for bringing a memory to life. (READ:’Roma’ review: Towering achievement)

“Thank Libo [the domestic worker who inspired the film], my mother and my country, the real architect of Roma,” he added.

Cuaron is the second director to be awarded the prize for a foreign language film: Ang Lee won in 2000 for Crouching Tiger, Hidden Dragon.

The DGA short list is considered an Oscars bellwether. Last year’s DGA winner, Guillermo del Toro (The Shape of Water), went on to win the same prize at the Oscars and the film took best picture honors. – Rappler.com