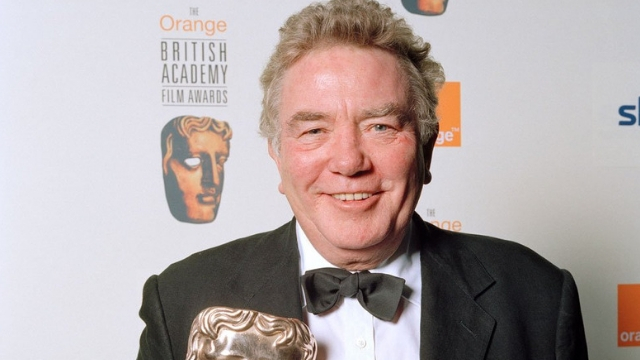 LONDON, United Kingdom – Veteran British actor Albert Finney, who starred in films including Murder on the Orient Express and Erin Brockovich, has died at the age of 82, a family spokesman said February 8.

Finney, who received 4 best actor Oscar nominations and won 3 Golden Globes, “passed away peacefully after a short illness with those closest to him by his side,” the spokesman said.

Finney was a Shakespearian actor who mixed his movie career with television roles with acclaimed stage performances.

Finney’s more recent films include The Bourne Ultimatum (2007), The Bourne Legacy (2012), and the James Bond film Skyfall, out the same year.

We are very sad to hear Albert Finney has passed away at the age of 82. The five-time Oscar nominee played gameskeeper Kincade in SKYFALL (2012). pic.twitter.com/8uzZbfwSi2

He was also Oscar-nominated for best supporting actor for his performance as a gruff lawyer in Erin Brockovich (2000).

Born in 1936, Finney, a bookmaker’s son, grew up in Manchester, northwest England and graduated from the Royal Academy of Dramatic Art in 1955.

He was part of the wave of working-class actors who revolutionised British film and television at that time.

Staple of stage and screen

He started out in William Shakespeare plays before portraying the titular hero in the Oscar-winning adventure-comedy Tom Jones, which made him a major film star.

Shortly before his Tom Jones breakthrough, he turned down the title role in the epic Lawrence of Arabia, which went to Peter O’Toole.

Finney appeared and sang in Scrooge (1970) and Annie (1982), in which he played tycoon Oliver “Daddy” Warbucks.

He was a regular at London’s Old Vic theatre, which said on February 8: “His performances in plays by Shakespeare, Chekhov and other iconic playwrights throughout the 60s, 70s and 80s stand apart as some of the greatest in our 200-year history.”

He was honored by the British Academy of Film and Television Arts with the BAFTA Fellowship lifetime achievement award in 2001.

Finney racked up 13 BAFTA nominations – 9 for film and 4 for television.

He won two: most promising newcomer for the gritty kitchen-sink drama Saturday Night and Sunday Morning in 1960, and in 2002 for his portrayal of Churchill in The Gathering Storm.

BAFTA said it was “deeply saddened” to hear of his passing.

We are deeply saddened to hear of the passing of Albert Finney. The recipient of the BAFTA Fellowship in 2001, Finney will be warmly remembered for his powerful performances in Saturday Night and Sunday Morning, Tom Jones, Big Fish and many more. pic.twitter.com/SwuaV84cGE

His Golden Globes were awarded for Tom Jones, Scrooge and The Gathering Storm, which also earned him an Emmy Award.

At the London stage Olivier Awards, he won the best actor gong in 1986 for Orphans.

Finney had a son, Simon, with his first wife, actress Jane Wenham. His second wife in the 1970s was the French actress Anouk Aimee.

His son and his third wife Pene Delmage were at his bedside in London’s Royal Marsden Hospital, where he had been for the past month.

Finney’s funeral will be held in private. – Rappler.com