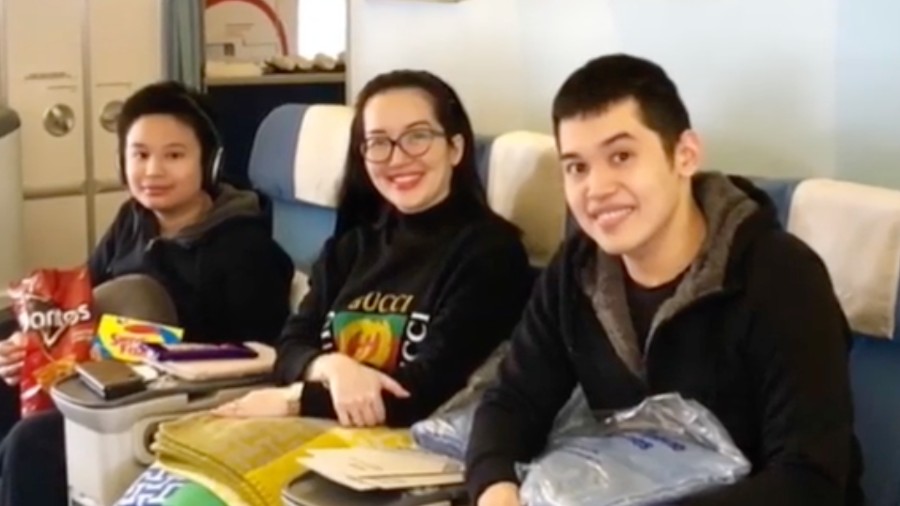 MANILA, Philippines – Media mogul Kris Aquino on Tuesday, February 26 said she was “hurt deeply” by quips made at her expense by President Rodrigo Duterte’s aide and senatorial candidate Bong Go during campaign sorties.

“I was shown this video while in [Japan] and had actually reached out to [Go] because my dad taught me to make sure I’m always a good sport. I was doing a KonMari on my phone and I saw the video again so I watch it,” Kris wrote in an Instagram post that featured a clip of Go speaking during a campaign rally.

Go, who is part of several admin- and Duterte-backed slates, entertains audience in shorties with a short skit with actor Phillip Salvador. In it, he jokes that Phillip is an “adopted father” of Davao City because he “left behind 4 children in Davao.”

Kris and Phillip were once in a relationship. She has a son with Phillip, her eldest Josh.

(I have nothing against you, Bong Go. I only had good words for you but I hope that when you serve the country as a senator (I know you are a sure winner), I hope you prioritize women.)

(I’m already a Kris Aquino but it’s still easy to turn into a joke that I was fooled by the father of my eldest. I worked hard, I never let my family down. But what about women without financial security and family?)

(Sorry, but you had to say “fooled.” I’m already down – and when I watched it again and heard the audience laugh, it was another slap on the face of a person who admits she’ll lose.)

Kris, so far, has not endorsed any political candidate for the 2019 elections. She is, however, the youngest sister of former president and Liberal Party chairman emeritus Benigno Aquino III. The former president is campaigning for the opposition slate Otso Diretso. – Rappler.com