Netflix to remake ‘The Baby-Sitters Club’ 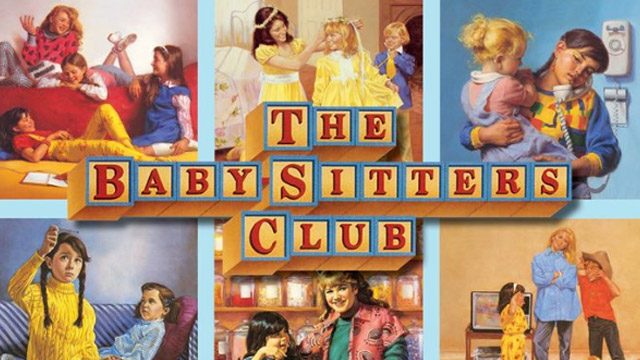 MANILA, Philippines – Is your favorite ’90s childhood novel series collecting dust on your bookshelves as we speak? Well, we suggest you dust them off and reread them quickly, because The Baby-Sitters Club is officially back in business.

On Thursday, February 28, Netflix announced the order of a The Baby-Sitter’s Club 10-episode live-action series, adapted from the best-selling book franchise written by Ann M. Martin.

According to the the Netfilx homepage, the upcoming family-friendly, coming-of-age dramedy will be a “contemporary take on the beloved book series, where 5 best friends launch a baby-sitting business that’s big on fun and adventure.”

The show will of course feature the OG babysitting gang: Kristy, Mary, Anne, Claudia, and Stacey. Each episode is expected to run for half an hour.

At the helm of the series are former DreamWorks president of production Michael De Luca (The Social Network) and the author herself, Ann M. Martin, as producers. Rachel Shukert (Glow) will be the showrunner, while Lucia Aniello (Broad City) acts as executive producer and director.

Naia Cucukov of Walden Media, the current owner of the books’ rights, will also be helping to produce the show.

“The themes of The Baby-Sitters Club still resonate 30 years after the original book series was released, and there has never been a more opportune time to tell an aspirational story about empowering young female entrepreneurs,” Melissa Cobb, vice president of kids and family at Netflix, told The Hollywood Reporter.

“Together with Ann M. Martin and the team at Walden Media, our ambition is to contemporize the storylines and adventures of this iconic group of girlfriends to reflect modern-day issues,” she added.

Ann M. Martin, the woman behind the iconic series, also gushes about the timeless success of her work. “I’m amazed that there are so many passionate fans of  The Baby-Sitters Club after all these years, and I’m honored to continue to hear from readers – now grown, who have become writers, editors, teachers, librarians, filmmakers – who say that they see a reflection of themselves in the characters of Kristy and her friends.”

“I’m very excited about the forthcoming series on Netflix, which I hope will inspire a new generation of readers and leaders everywhere,” Ann said.

The franchise set in Stoneybrook, Connecticut published its first novel in 1986 and includes more than 200 books, selling over 180 million copies worldwide. – Rappler.com