‘One Hundred Years of Solitude’ to stream on Netflix 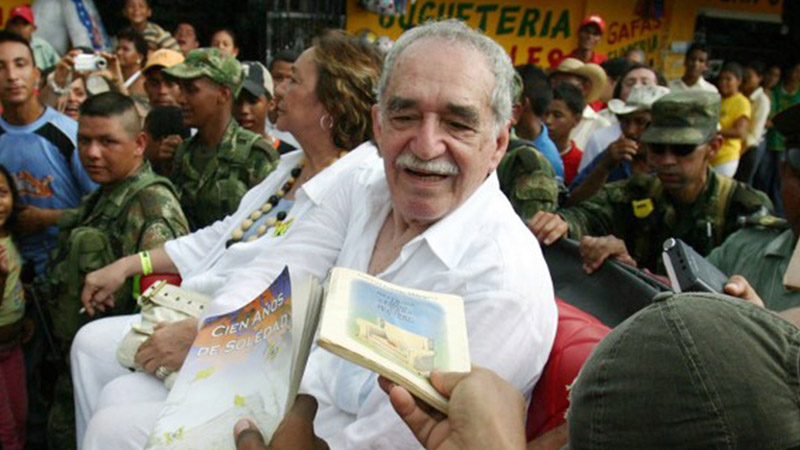 According to Variety, the novel will be adapted into a Spanish-language series. It will be filmed mostly in Colombia – fitting, since the fictional town Macondo, which the story is set in, is in Colombia. This is the first screen adaptation of the landmark novel.

“For decades our father was reluctant to sell the film rights to Cien Años de Soledad because he believed that it could not be made under the time constraints of a feature film, or that producing it in a language other than Spanish would not do it justice,” Garcia said in a statement.

He added that “the time could not be better to bring an adaptation to the extraordinary global viewership that Netflix provides” given “level of talented writing and directing, the cinematic quality of content, and the acceptance by worldwide audiences of programs in foreign languages” of television series.

The novel, which has gotten universal acclaim, tells the story of several generations of the Buendía Family in the fictional Colombian town of Macondo.

Márquez is considered one of the most influential authors of the 20th century. He is most remembered for his popularizing magic realism – the weaving of magical elements in otherwise realistic and everyday narratives – as a literary style. Upon his death in 2014, then Colombian president Juan Manuel Santos praised Márquez as “the greatest Colombian who ever lived.”

Netflix has been home to several critically-acclaimed and fan-favorite foreign language originals, particularly those in Spanish. There’s Alfonso Cuaron’s Roma, which won the Mexican director an Academy Award. Narcos, a series about the Colombian cocaine cartel, has spanned 3 seasons and even a spin-off series, Narcos: Mexico.

The streaming giant has also amped up the production of original content – both in English and other languages.

No other details for the upcoming One Hundred Years of Solitude series, including a release date, have been announced. – Rappler.com