Mar Roxas on baby twins: I’m a dad and lolo at the same time 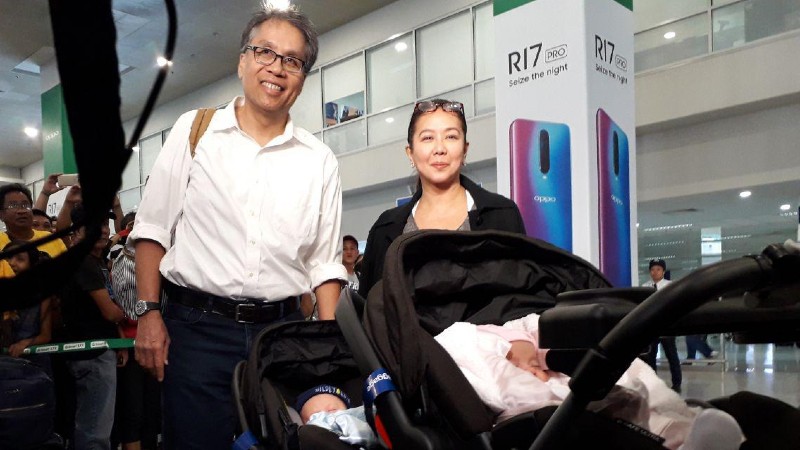 MANILA, Philippines – Diaper bag and baby stroller in tow, senatorial candidate Mar Roxas arrived in Manila on Monday, April 1, with a new title – that of a doting albeit stressed father to young twins Pepe and Pilar.

(They’ll serve as added inspiration because every parent wants a good and peaceful future for their children.)

Pepe and Pilar are Roxas’ children with broadcaster Korina Sanchez. Born in February 2019, the two were conceived via surrogate almost a decade after the two tied the knot.

A proud senior citizen – he turns 62 in May 2019 – Roxas is first to point out that he’s both tatay (daddy) and lolo (grandfather) to young Pepe and Pilar. Korina, he laughingly pointed out, has declined the dual role.

While he said it wasn’t too harrowing of an experience, the weariness of his eyes were enough to show the difficulties of travelling with infant twins for over 25 hours. The new parents, however, were ecstatic. 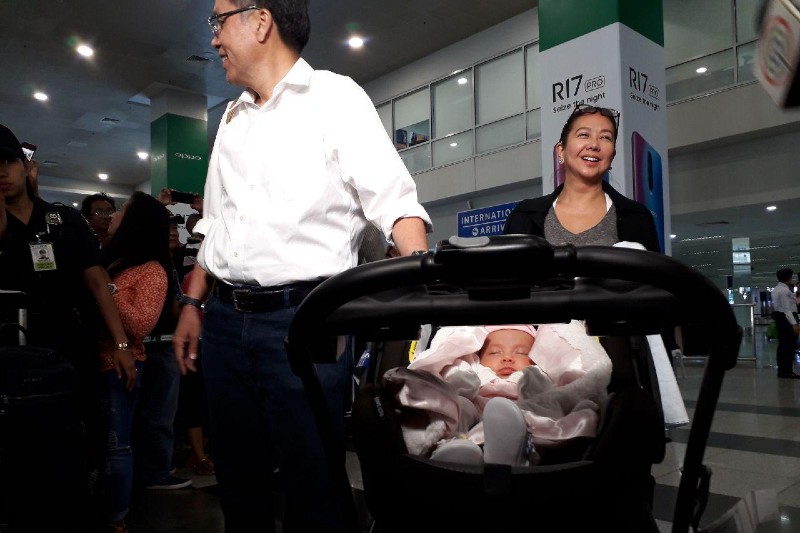 Roxas, who took a break from the campaign first for the birth of the twins and later, to bring them home, said he’ll be returning to the political daily grind soon. “It’s going to be harder because even if they can’t speak yet, it’s more than enough to just look at them,” admitted Roxas, who’s running under the opposition Otso Diretso slate.

“It’s hard to leave them behind so maybe when the day ends, I’ll be rushing to go home. You don’t wanna miss anything,” he added.

Roxas has an adult son from a previous relationship, Paolo – who already has an important role in the twin’s future.

“I asked him – it was a request and a demand – that he can’t get married until they finish college. You know, at our age… so he might need to be surrogate brother, father,” said Roxas, who earlier posted a video of himself “instructing” Paolo to wait for the twins to finish college – or even get a masteral degree – before he settles down himself. 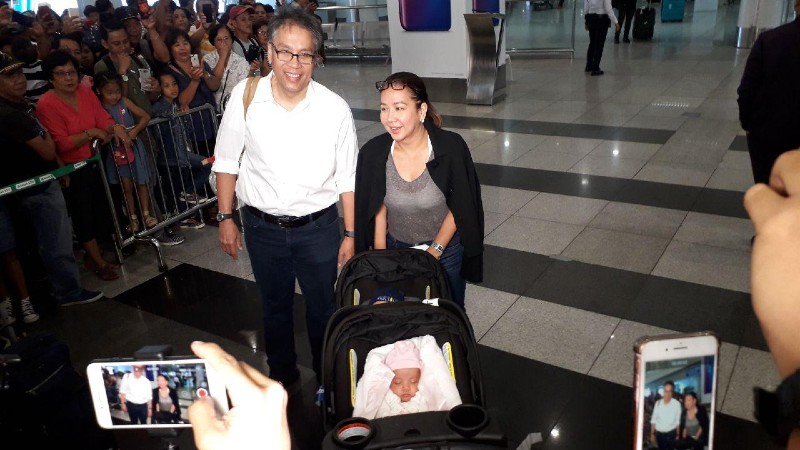 Roxas also had one important reminder to new parents, as he explained why it took a while for the twins to come home to the Philippines. “Wait for them to get vaccinated, that’s important,” he said.

Both Pepe and Pilar both got vaccines ahead of their long flight to Manila. – Rappler.com