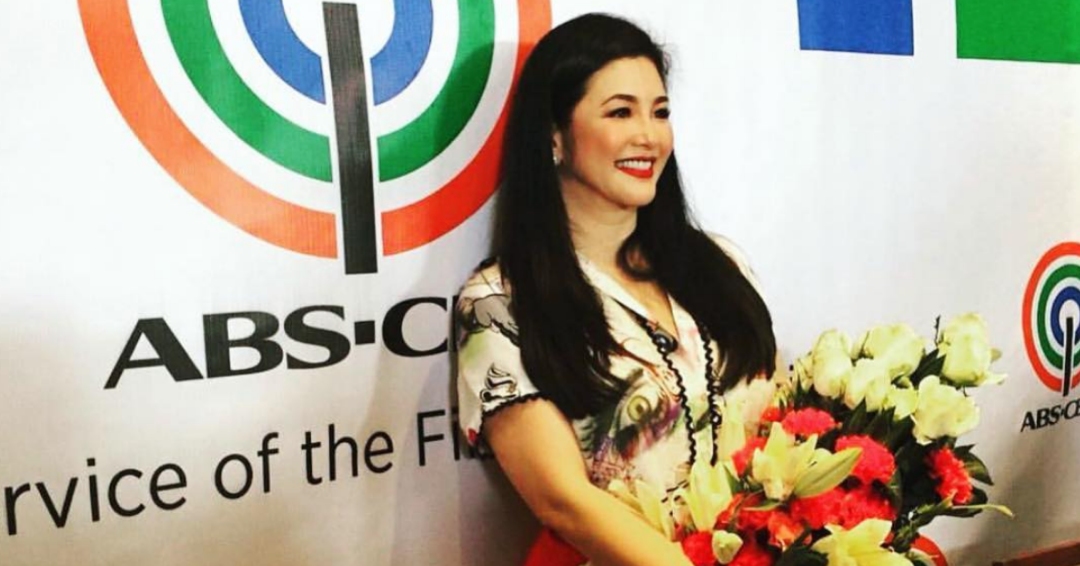 MANILA, Philippines – In a move that is anything but surprising, TV and radio personality Ben Tulfo lashed out at “Asia’s Songbird” Regine Velasquez after she criticized Foreign Secretary Teodoro Locsin Jr for his comments on Chinese fishermen’s illegal harvest of endangered giant clams in the West Philippine Sea.

In a Facebook Live video on the BITAG Facebook page, Tulfo, a staunch supporter of the Duterte administration, berated Regine as he questioned her decision to speak out on the issue.

(It’s better for an expert in the field to give an opinion. But you there, you’re called – you’re just an entertainer, your job is to entertain by singing. You’re like a pipit – a so-called songbird.)

Tulfo said Regine should just keep quiet on something that she had no expertise in.

(My message to you, Regine Velasquez, the next time you open your mouth, think. Make sure you have something in you head. Make sure you know the issue and you can talk about it. This isn’t your territory. You should just keep what you know to yourself.)

Last week, Regine took to Twitter to criticize Locsin over his tweets that seemingly downplayed the Chinese fishermen’s illegal acts in Panatag Shoal (Scarborough Shoal) off the coast of Zambales. While he had earlier said that the Philippines was considering “legal action,” Locsin had also quipped that he didn’t want to “go down in history as a clam defender.”

“Ang akala ko pa naman matalino ka (All this time I thought you were smart),” Regine had told Locsin on Twitter. Giant clams are endangered species and are protected by local laws and international conventions. Panatag Shoal, where the incident happened, is clearly within the Philippines’ Exclusive Economic Zone.

What are your credentials?

He questioned Regine’s “credentials when it comes to college” or whether she took any subject on political science since she tried to “pick on” the country’s top diplomat.

Tulfo also suggested that the singer was trying to attract attention because she supposedly had a “dwindling” career.

(Now she’s a mother, maybe she can’t accept that her career is already dwindling. Everybody has their moment so now, she’s on social media talking about anything under the sun.)

In the comments thread of Tulfo’s video, while there were some who agreed with Tulfo’s observation, many netizens came to Regine’s defense, saying that she – just like any other Filipino citizen – has the right to air her views on national issues.

Regine’s career first rose to stardom in the mid-1980s and it hasn’t stopped since. She recently switched stations and is now part of ABS-CBN’s roster. Her contract with the entertainment and broadcasting giant includes at least 3 shows with Regine as lead.

Tulfo is a radio and TV presenter and producer. His brothers, Ramon, Raffy and Erwin, are also media personalities. He is the brother of former tourism secretary Wanda Tulfo Teo, who resigned amid corruption allegations. State auditors had earlier suspected anomalies in a deal Tulfo’s Bitag media struck with the tourism department, which his sister headed at the time. He had, however, refused to return the money to government and insisted the contracts were above board.

“Sir [Tulfo], I offer my cheek to you. After you have maligned my wife I ask that you focus on me. She is after all a lady. God bless you sir,” he said.

To this, Tulfo replied: “Ogie, thank you so much for your reply. I do respect the God-given abilities and talents of your wife. The only thing that I don’t find it right is that your wife questioning the ability of experts/people trusted by the government.”

“I am not here to hurt anyone. I am talking with sincerity and truthfulness. This is a serious issue,” he said.

He then gave Ogie some unsolicited advice.

“Tell your wife to focus in her career. Please, not foreign relations and issues. I do respect you and your wife,” Tulfo said. – Rappler.com