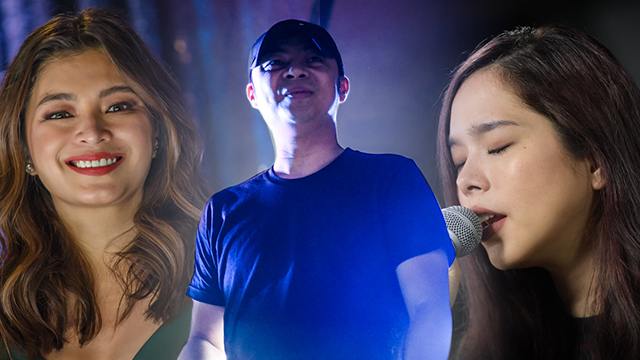 MANILA, Philippines (UPDATED) – As the 2019 campaign season draws to a close, some local celebrities chose to reveal their senatorial bets a few days ahead of the midterm elections on May 13.

Cheats vocalist Saab Magalona took to Instagram on May 10 to post a photo of her wearing a shirt campaigning for Otso Diretso bet Chel Diokno. In the caption she said, “Campaigning at Jim’s office. Are you ready with your list read for Monday’s elections? Let’s do the right thing for the kids.”

Campaigning at Jim’s office Are you ready with your list ready for Monday’s elections? Let’s do the right thing for the kids

In another tweet, he said that he still needs 4 more names to complete his list, and that his choices could change after he researches some more and discusses with people that he trusts.

He also shared a link to a website that helps people match candidates with their personal stands on key issues.

Comedian Vice Ganda also tweeted on May 9 in support of Diokno.

(Chel Diokno is smart, capable, and sensible. I will vote for him for all the people who are hoping for a country with justice. I hope you can include him in your 12 votes.)

Meanwhile, actress Angel Locsin showed her support for Colmenares. In an interview in 2015, Angel, whose real name is Angelica Colmenares, said the Makabayan bet is her nephew.

“I don’t know about you, but I’m feeling #22SaSenado,” she said in her May 9 tweet, quoting from a Taylor Swift song and referencing Colmenares’ ballot number.


Edu Manzano, who was recently disqualified to run for a congressional seat in San Juan, also expressed his support for Colmenares.


At a mini-rally and birthday celebration held by opposition senator Bam Aquino on May 6, media mogul Kris Aquino, Bam’s cousin voiced her support for him, as well as Chel Diokno.

While these celebrities revealed their senatorial bets at the last minute, other stars have been openly backing certain candidates during the campaign period.

Pop star Sarah Geronimo has been a long time supporter of Sonny Angara, and recently attended his rally in Batangas to make a final bid for his campaign.

PDP-Laban’s Bong Go has been supported by several celebrities who have joined his campaign rallies, including actors Philip Salvador and Robin Padilla, and comedians and Ai-ai delas Alas and Moymoy of Moymoy Palaboy. – Rappler.com