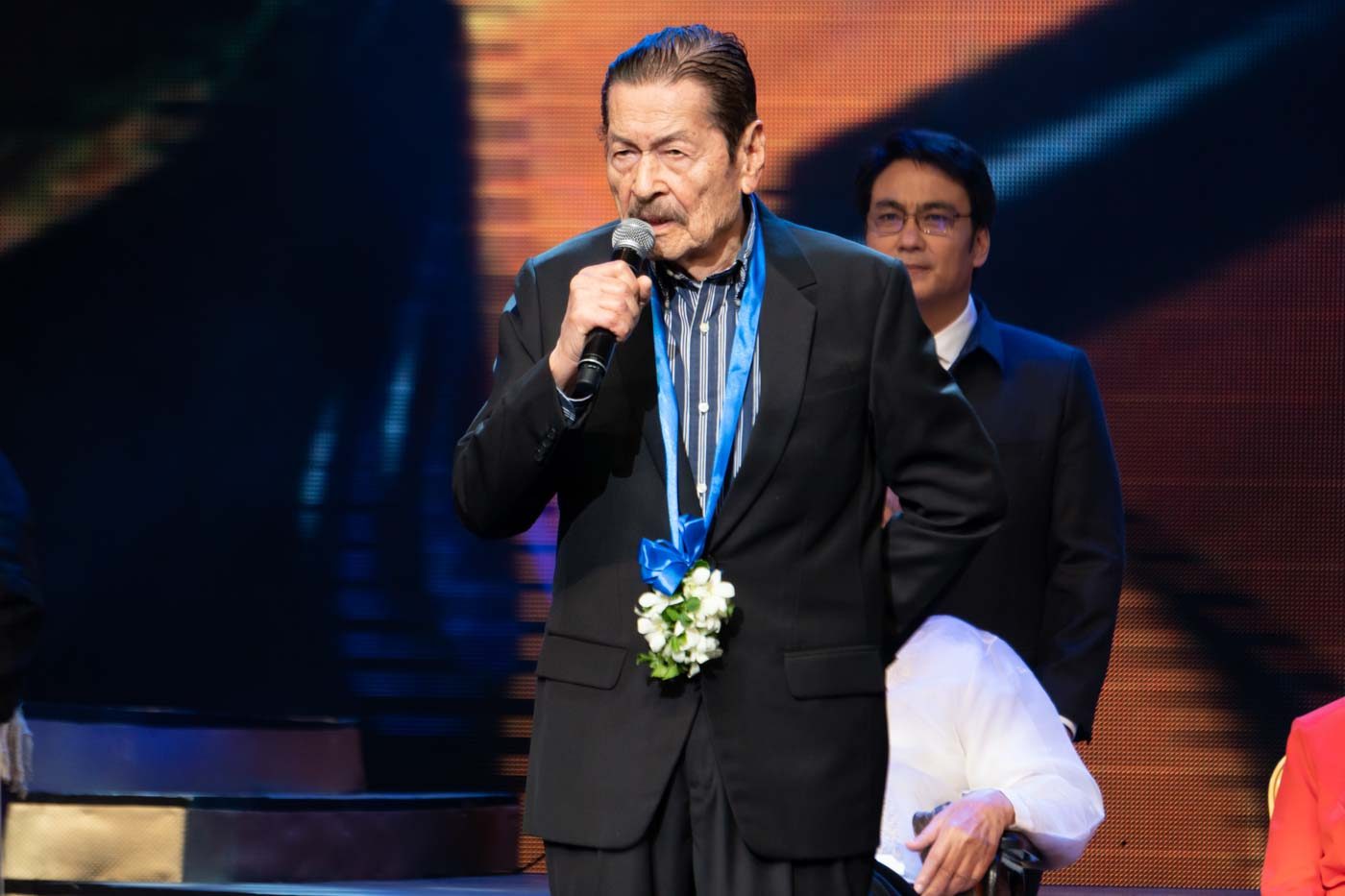 MANILA, Philippines – Media giant GMA 7 said they will review a video of actor Eddie Garcia apparently falling during a taping for the upcoming TV show Rosang Agimat. The veteran actor, who just turned 90, was rushed to the hospital on Saturday, June 8, following the incident.

In a statement, the network said: “The video of Mr Eddie Garcia faltering in his steps & eventually collapsing has reached GMA. We are seriously reviewing the said video as well as other videos of the same scene which our cameras also took, before we make any conclusions on what really transpired.”

The network said it was the veteran actor’s stepson Nick who issued a statement in behalf of the family, which was in turn released by GMA’s public relations arm. Garcia is still in the hospital and is under observation.

“We will wait for the family or their doctor to issue a formal update on his condition. Meanwhile, we continue to pray for his quick recovery,” said the network.

A video, posted by a certain Mhervin Maco, shows Garcia tripping over something and people rushing to him after he could not get up.

In an early statement attributed to his family, it was reported that Garcia “suffered from a severe heart attack” while taping for the show.

Celebrities led by Sharon Cuneta, Vice Ganda, and Ogie Alcasid have asked for prayers for the actor.

Please, everyone, my prayer warriors, pray with me for my Tito Eddie Garcia. He played my Daddy in my first movie and was my co-star in several others. He directed my 2nd, 3rd, 4th, 5th, 6th movies, and a couple more, and a big part of all I have learned in terms of acting, work ethic, professionalism came from HIM. He is so precious to me. I consider myself very blessed to have been taught and handled by him, and feel bad that as he stopped directing soon after the last movie he directed with me in it, so many new stars have never and will never experience having Mr. Eddie Garcia as a director, mentor and teacher. He is someone I truly love and care for. Please help me pray for his full recovery. He has always been health-conscious and disciplined, and if we lose this living legend, it will be the end of an era in all of Showbusiness. Thank you so much.

A post shared by ActorSingerPresenter (@reallysharoncuneta) on Jun 8, 2019 at 3:27am PDT

Lord God we pray for Tito Eddie Garcia’s wellness and safety. He will be healed. We claim in Jesus’ name, Amen.

Garcia, who has several awards under his belt, recently starred in Rainbow’s Sunset and ML and was honored by the Philippine Movie Press Club (PMPC) as one of its “Mga Natatanging Bituin ng Siglo.” — Rappler.com