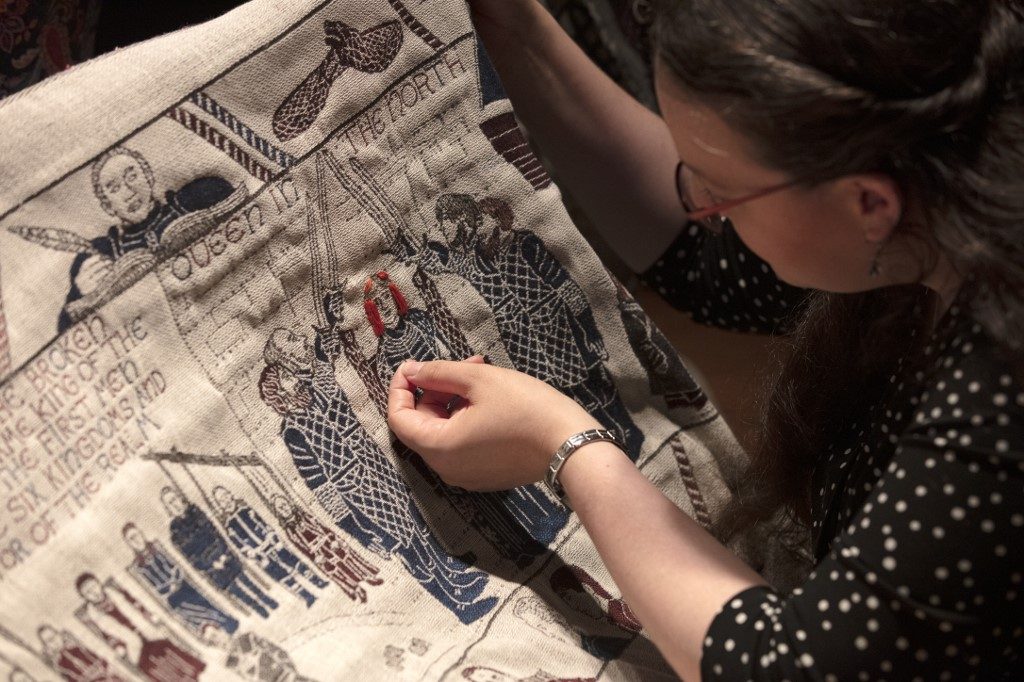 BELFAST, United Kingdom — In a Belfast museum, seamstresses are at work depicting gory battles and warring kings in shimmering threads of red and gold — an epic homage to the TV phenomenon Game of Thrones. (WATCH:Into the throne and out again: A post-‘Game of Thrones’ panel)

The team of volunteers at the Ulster Museum are putting the final touches to a 90-meter (300-foot) tapestry depicting all 8 seasons of the fantasy saga, which reached its dramatic conclusion in May.

Game of Thrones, which first hit screens in 2011, was produced and chiefly filmed in studios in Belfast and in the Northern Irish countryside.

The Northern Irish public have taken the series to their hearts.

“A tapestry is, more than anything else, a great storytelling device,” explained Valerie Wilson, costume and textiles curator at National Museums Northern Ireland.

“The length of the tapestry allows the story to unfold, so in many ways it’s the perfect medium for telling the story of the Game of Thrones project.”

Styled in the manner of the treasured Bayeux Tapestry — which depicts the 11th-century Norman conquest of England — the completed piece will be transported to France to hang near its predecessor in September.

“This tapestry references the Bayeux Tapestry in that it has a series of repeated icons through it,” explained Wilson.

The panels of the piece are woven by machine before the finishing touches are put on by hand. 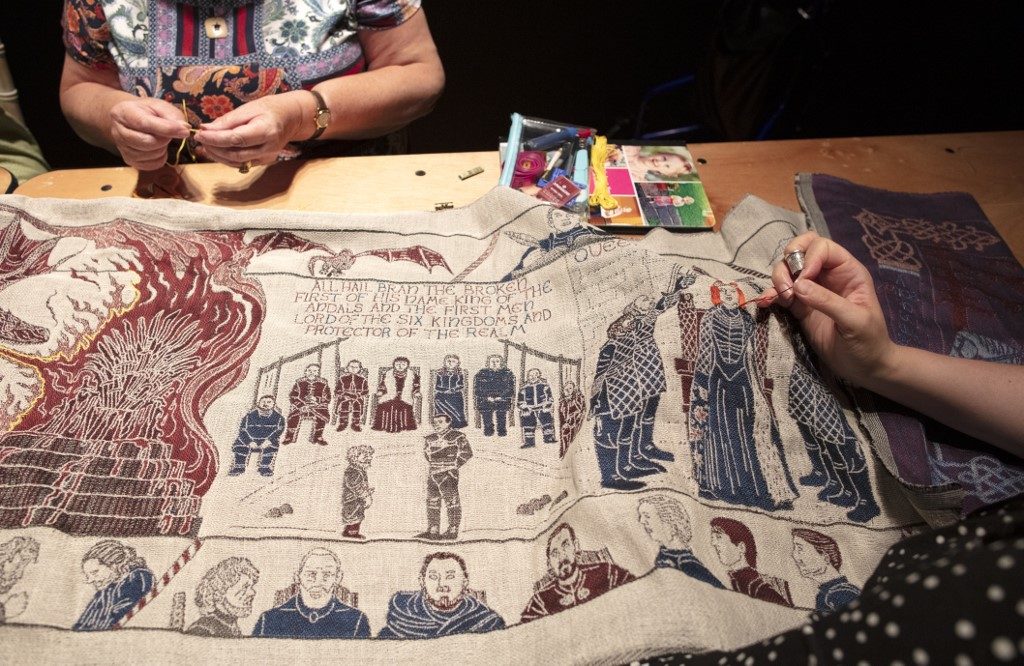 For two years, a team of 30 has been at work on and off stitching embellishments on the icons — “blood red weddings”, “emerald green wildfire” and “cold-blue White Walkers” which prove pivotal in the blood-and-guts HBO drama.

Such is the graphic nature of their handiwork, the museum display comes with a warning: “Due to the depiction of graphic scenes, viewing of the tapestry is not suitable for anyone under the age of 18.”

The team has been working on stitching depicting the 8th and final series. Participants — like actors in the show — were also sworn to silence, forced to sign non-disclosure agreements to maintain the shroud of secrecy.

“It was very crucial when the project launched that it had that new, fresh, almost surprise element,” Wilson told AFP.

After the embellishments are put on, the final panels are being added to the snaking display of series one to seven already on show to museum visitors.

“I think it’s really beautiful,” said Abbie Merrick — a diehard fan of Game of Thrones, who spent a morning walking her mother through the plot woven across the fabric.

“I think tapestry’s a really beautiful art form and a really nice way of storytelling.” —Rappler.com