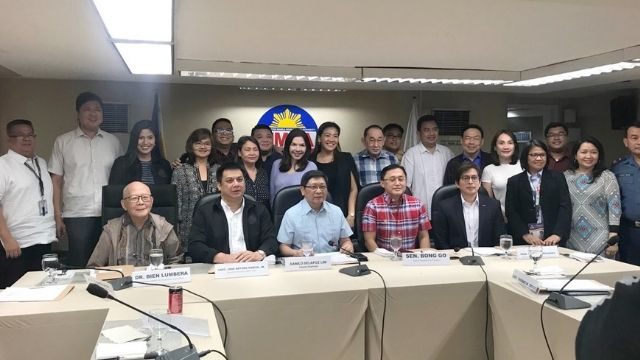 Go was an MMFF juror in 2018, while Fernandez is a former actor. The two attended the MMFF press briefing announcing the first 4 official entries to the 2019 festival.

The films were chosen by the MMFF Selection Committee, headed by National Artist for Film Bienvenido Lumbera, based on the following criteria: 40% commercial appeal, 40% artistic excellence, 10% cultural sensibility, and 10 percent global appeal.

(Commercial value is really important. We said that we want to help Philippine cinema. If sales are flat, of course, their financial status won’t improve.)

The selection committee will later choose 4 films under the finished films category to complete the MMFF “Magic 8.” The deadline for finished film submissions is on September 20.

At the same time, the deadline for the scripts of the short film category is on August 15.

Go proposed holding the festival twice a year by 2020, saying that it will boost the country’s film industry. Go said the will finalize the details of his proposal after this year’s festival.

At the same time, Fernandez that he will push for improving the welfare of film indsutry workers. – Rappler.com