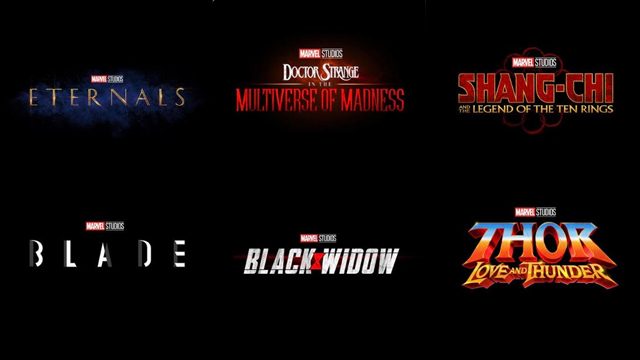 MANILA, Philippines – If you had doubts on whether Marvel Studios, Disney, and Kevin Feige could pull through without at least one of its anchor superheroes, think again.

Marvel Studios, which Feige heads, made one big announcement after another at Hall H of the San Diego Comi-Con on Sunday, July 21 (Saturday, July 20 in the US). The event, of course, was held to announce Phase 4 of the Marvel Cinematic Universe.

Up until this point, Disney and Marvel had been only vague about what lies ahead after the universe-changing events of Avengers: Endgame and Spider-Man: Far From Home. Here’s what your favorite superheroes will be up to until 2021:

The line-up (so far) The spin-off titles for Falcon, Bucky, Wanda and Vision, Loki, What If, and Hawkeye, won’t be full length features but series that will stream exclusively on Disney’s upcoming streaming platform, Disney+.

At the end of the panel, Feige had a major teaser and another big reveal – he didn’t have time to discuss Fantastic Four or the X-Men (Disney now has the rights to these Marvel characters after Disney merged with Fox) but hey, wait, they’re working on Blade starring Mahershala Ali.

It’s pretty awesome to think about the sheer breadth of talent in Marvel Studios. But that roster just expanded.

Here’s the confirmed cast for every planned release in Phase 4:

The Falcon and the Winter Soldier: Anthony Mackie, Sebastian Stan, and Daniel Brühl.

Shang-Chi and the Legend of the Ten Rings: Simu Liu, Awkwafina, and Tony Leung, directed by Destin Daniel Cretton.

Thanks for getting back to me https://t.co/FFRuM03p20

Doctor Strange and the Multiverse of Madness: Benedict Cumberbatch and Elizabeth Olsen. Scott Derrickson returns as director. It will reportedly be the first “scary” film in the Marvel Cinematic Universe.

What If…?: Jeffrey Wright as the voice of The Watcher, MCU actors as voice talents. It’s the first animated project of Marvel Studios. It’s been described as a “non-canon” series that’ll explore alternate versions of the current cinematic universe.

Hawkeye: Jeremy Renner. The series will introduce Kate Bishop, who in the comic books eventually takes over the Hawkeye mantle.

Thor: Love and Thunder: Chris Hemsworth, Tessa Thompson, and Natalie Portman. Taika Waititi returns as director. This one is sure to be a hoot. It’s interesting, too. At the end of Endgame, Thor had seemingly joined the Guardians of the Galaxy (the Asgardians of the Galaxy, he joked) and passed on leadership of New Asgard over to Valkyrie. Natalie Portman, after skipping the last Thor movie, is coming back – and what a come back it is. On stage, she was given Mjolnir because… Jane Foster will be the female Thor in this movie!

Black Widow: Scarlett Johansson, David Harbour, Florence Pugh, O-T Fagbenle, and Rachel Weisz. Directed by Cate Shortland. The first female Avenger finally gets her solo movie! It’s going to be a prequel because, well, the events in Endgame made at least that bit a sure thing.

Feige teased that he didn’t have time to talk about Fantastic Four or the X-Men. He also didn’t talk about other titles: Black Panther and The Guardians of the Galaxy, to name a few. But don’t fret just yet! The 6th D23 expo is happening from August 23 to 25.

You can almost be sure more announcements are coming. – Rappler.com