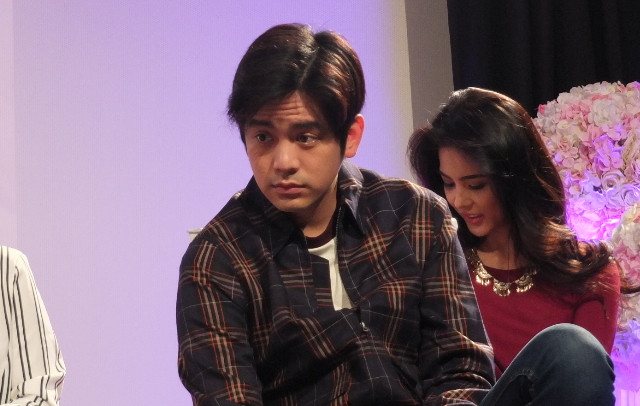 At the July 25 press conference for the upcoming show The Killer Bride where is one of the cast members, Joshua was asked how he was doing without going into specifics.

(I’m just happy right now. It’s like you just face each day, I guess you just have to be passionate with your work because I’ve been busy with work. I’ve just been working. My mind is all on about work.)

Bea, who has been in a relationship with Gerald, had posted a cryptic message on Instagram which became fodder for rumors. Julia’s name was dragged into the issue after a netizen posted a photo of Gerald and Julia spotted together attending a birthday party.

Julia had since been criticized on social media with her mom Marjorie and sister Dani coming to her defense.

Joshua recently showed support for Julia when the actress shared a message from him on her Instagram stories.

Julia and Joshua have starred in a number of movies and will be appearing together once again in the movie Block Z. Although they remained low-key on the real status of their relationship, Julia had said that she and Joshua are the best of friends as of the moment. – Rappler.com