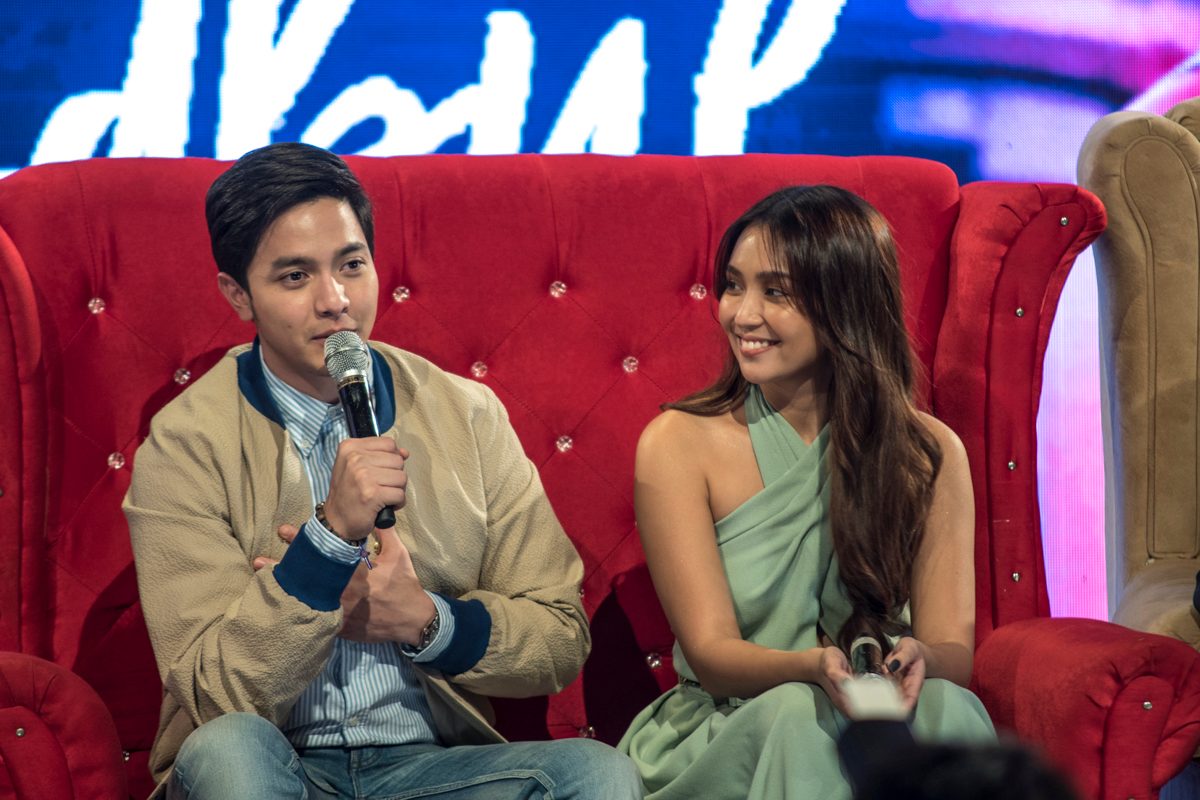 MANILA, Philippines – With a cast led by two of the biggest stars in showbiz, it’s not surprising that Hello, Love, Goodbye smashed the box office, raking in over P34 million on its opening day alone.

According to Star Cinema, the film, which stars Kathryn Bernardo and Alden Richards, earned a total of P34,457,618.41 when it opened on July 31.

The movie is now screening in over 350 cinemas nationwide.

Hello, Love, Goodbye marks the first time for Kathryn and Alden to work together. Kathryn is one of ABS-CBN’s top talents, while Alden is among GMA’s biggest stars. (READ: Ghost stories, workouts, saunas: How the ‘Hello, Love, Goodbye’ cast bonded in Hong Kong)

In the film, Kathryn and Alden play Joy and Ethan, two Overseas Filipino Workers in Hong Kong who meet and fall in love. It was directed by rom-com queen Cathy Garcia-Molina, and written by Carmi Raymundo. – Rappler.com