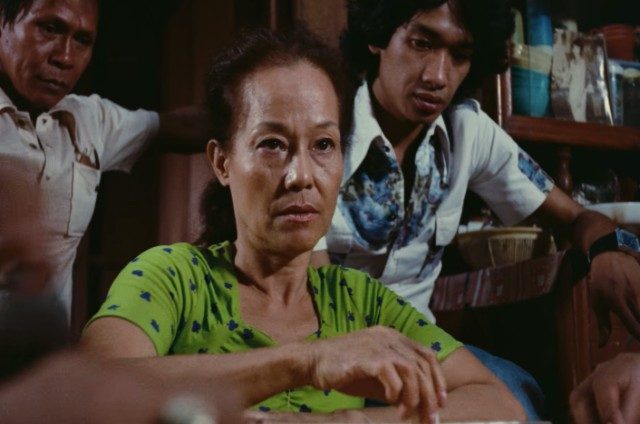 According to a report from ABS-CBN, her daughter Vangie Bocobo confirmed the veteran actress’ death. She passed away due to old age.

In a statement reported by entertainment website Pep, Boots said, “Mowelfund announces the demise of its lifetime member, multiawarded actress, Mona Lisa, who died in her sleep today, August 25, at the age of 97.”

Boots said that viewing of Mona Lisa’s remains will start on August 26 at the Loyola Memorial Chapels in Parañaque. Interment is scheduled for August 30.

Born Gloria Lerma Yatco, Mona Lisa started her career in showbiz using the name Fleur de Lis. She became known for wearing a swimsuit on the big screen in the movie Giliw Ko under LVN Pictures.

After World War II, Mona Lisa continued to make movies and took a break before resuming acting in the ’70s. Many of the popular films she was cast in included Insiang, starring Hilda Koronel, Itim, starring Charo Santos, and Cain and Abel.

For her role in Insiang, Mona Lisa received the Best Actress at the Gaward Urian and FAMAS.

In 2013, a book entitled Mona Lisa: A Portrait (From the Memoirs of a Grandmother) was released under ABS-CBN Publishing, which chronicled her life and showbiz career. The book was written by her granddaughter Celine Beatrice Fabie. — Rappler.com