Iza Calzado opens up about her mother’s death 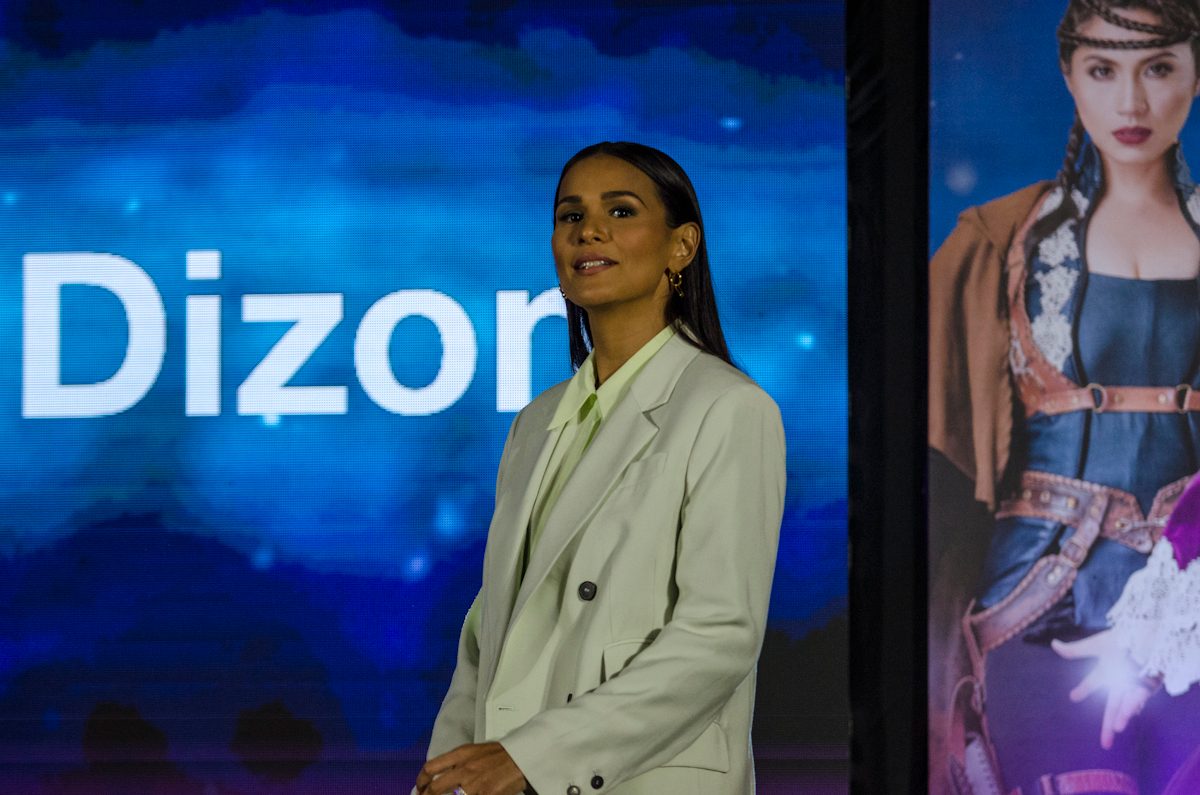 Facebook Twitter Copy URL
Copied
In a conversation with Sarah Meier for She Talks Asia, the actress shares her mother’s mental health struggles, and talks about her own journey to healing

MANILA, Philippines – For the first time ever, Iza Calzado spoke publicly about her mother’s death, revealing she lost her mother to depression after years of struggling with bipolar disorder.

Iza’s mother, Mary Ann Ussher, died in 2001, and the cause of her death was initially reported as cancer. However, earlier in 2019, Iza clarified to The Inquirer that that was not the case.

In a video released by She Talks Asia on October 10, World Mental Health Day, Iza bravely bared her mother’s struggle in a conversation with She Talks Asia co-founder Sarah Meier.

“My mom, every since I knew her, or could understand things enough, had a mental illness, a condition, whatever way people may want to put it. At that time she was told she was neurotic. This was the 80s. She had a temper, she you know, could flare up. They gave her downers, she was misdiagnosed. Eventually she became manic-depressive, and eventually bipolar was the last term. You know, the prognosis was that,” she said.

“And so I grew up with a stigma na yung nanay ko baliw (my mother was crazy)…I received a lot of that energy as well,” she shared. “I’m sure it was more difficult for her, but of course it’s different for a child, diba?”

Iza shared how in 1988 her mother went through a difficult period when she lost a child, Iza’s youngest brother,17 days after giving birth. Iza also said that her mother’s best friend was murdered around the same time.

“So my mom part of her, what she was battling was she wanted life to end, you know? She just didn’t want to live anymore,” Iza said, holding back tears.

She recalled how she witnessed her mom struggling, and having to rush her to the hospital when she took too many downers.

“She was suki ng Medical City (a regular at Medical City). And as a child to see that, there was a lot of shame. My mom is not normal, yung ganun,” she said.

Iza described her relationship with her mom, saying: “When it was good, it was good. My mom was a beautiful person. She was generous, she was compassionate… But it was hard because it’s your mom and she’s trying to take her life. And she kept talking about it, that she was sick.”

“The trickiest part of this is I don’t want to paint a bad picture of my mom. You know, she had so much in her. Sometimes, I’m sure she didn’t want it,” Iza said.

She said that her parents eventually split up, and Iza was caught in the middle of it.

“On good days, I was her hope. That’s how I felt. I was everything that she wanted to be, like, I symbolized that. Everything that she didn’t achieve for herself, ‘my daughter will be the one to do that,’” Iza shared.

“On bad days. I was her weapon to hurt my father. That’s how I felt and I know that to be true. I’m sure she didn’t really mean it, you know? She didn’t really want that. When anger takes hold of you, there is no rhyme or reason to it. You know this is not how I am really? Who is this person?”

Her mother then got treated in the United States, and was given antidepressants.

“But you know even her okay times were not so okay anymore, ‘cause not happy eh, not happy with her relationship, not happy with herself, her body, her life,” Iza shared, saying that there would be days when her mother would lock herself in the bedroom and take downers.

“That would go on for days, sometimes weeks, and so we kind of knew always that at some point she’s gonna bounce back. If it’s taking a bit longer, we call my dad. He knew how to make her happy, sometimes he’d just hug her, then soon after she’ll be okay. So we knew this to be the drill right? This is it,” she said.

But things took a turn for the worse in 2001, and one morning, Iza woke up after a night of partying to their nanny screaming.

“I went down. And I saw my mother. Kuya (her older brother) was home. I remember screaming, ‘Kuya, help!’” she recalled. They then brought their mother to St. Luke’s Hospital.

“I remember being there in the emergency room and then now my dad was already there but because of how many times she had done it, but now we’re like, is it done?” Iza said.

“And then suddenly she did it. It was almost like a ‘sleep now, rest, ‘cos I know you’re tired.’ And she was tired,” a tearful Iza recalled.

She described the guilt and the shame that came immediately after her mother’s suicide.

“There was also shame from the Catholic Church. Her body was not allowed to be blessed by the church she supported,” she said.

Shortly after her mother’s death, Iza got an offer to do a shampoo commercial, kickstarting her showbiz career. When she became an actress in 2002 and people would ask her about her mother, she shared how she would tiptoe around the subject because she was not comfortable talking about it.

As her career grew and she went through her own journey of self love and advocating for body positivity, she realized that she wanted to do something on mental health.

It was her wedding to Ben Wintle in December that made her realize she wanted to open up and be honest about her mother’s death.

“I think the biggest trigger for me was I got married in December, Sunshine Dizon gave me a bracelet that was my mom’s. Bob Nicolas and people wrote about my mom and my mom’s bracelet. ‘Iza lost her mom to cancer.’ And it was just triggering me. I did not,” she said.

“I feel like I speak so openly about the things I’m going through, how I am, but there’s one part that I’m not honest about but it’s a very crucial part of who I am and why I’m having to go through this healing journey,” she said.

Aside from being honest, Iza said she hopes that people will find hope in her mother’s story.

“The most important part of all is for my mother, perhaps somebody will find inspiration, hope, meaning, I don’t know, something from it,” she said. – Rappler.com