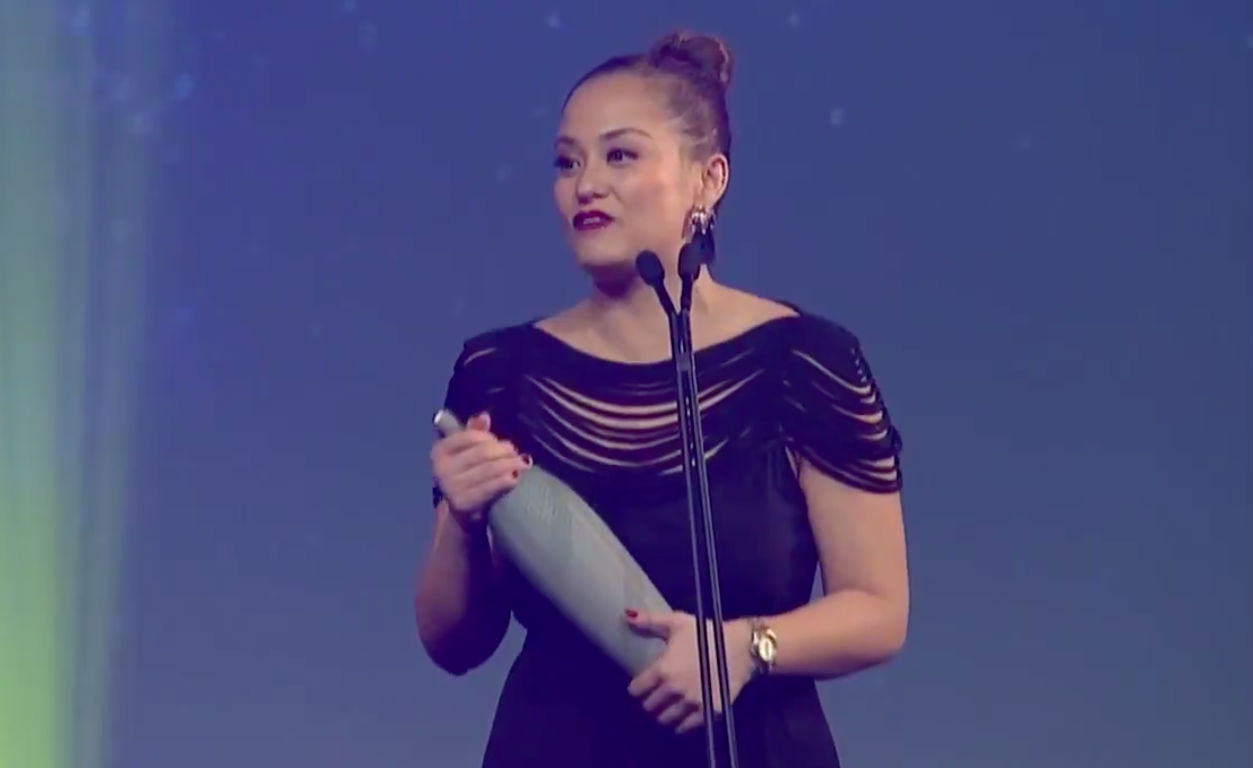 MANILA, Philippines – Actress Max Eigenmann won the Best Actress Award for her role as Joy in Verdict at the Asia Pacific Screen Awards 2019, held in Brisbane, Australia, on Thursday, November 21.

In her speech, Max said it was a “momentous and exciting experience” for her to be in the event.

“Receiving this is beyond that I’ve expected or imagined,” she said.

She thanked her manager Ricky Gallardo, the movie’s team led by director Raymund Ribay Gutierrez and producer Brillante Mendoza and her family, including parents actress Bing Pimentel and the late actor Mark Gil.

She dedicated the award to the late actor Kristoffer King, who died a few months after they filmed the movie.

Max said the award was also for her home country. “This is for you, Philippines. Mabuhay ang Pelikulang Pilipino (Long live the Phlippine movies),” she said.

Max’s win is the latest in the list of honors received by the film. In September, Verdict won the Special Jury Prize in the Orizzonti New Horizon competition at the 76th Venice Film Festival.

The movie is also the country’s entry to the Foreign Language Film category of the Academy Awards in 2020. – Rappler.com