Nov 26, 2019 8:20 PM PHT
Rappler.com
Facebook Twitter Copy URL
Copied
The Black Eyed Peas member will be one of the performers 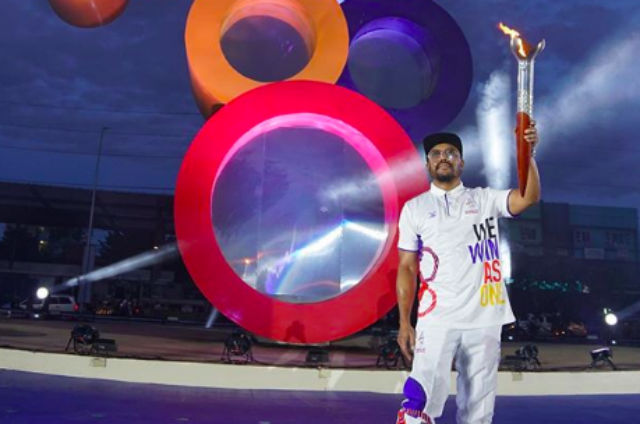 MANILA, Philippines – Black Eyed Peas rapper Apl.de.ap showed his support for the Southeast Asian Games, which is set to officially open on November 30.

In a November 24 Instagram post, Apl wrote: “Less than a week. Let’s show them what we’re made of. “

Less than a week. Let’s show them what we’re made of. #SEAGames2019 #WeWinAsOne

Apl also took part in a torch relay over the weekend in Pampanga.

Apl – whose real name is Allan Pineda Lindo – will be one of the performers in the SEA Games. He and his group, the Black Eyed Peas, will sing during the closing ceremony.

He will also be present along with some of the country’s top artists, led by Lani Misalucha and Christian Bautista, during the opening ceremony. – Rappler.com