MANILA, Philippines – Dancer Issa Pressman has been on the receiving end of online bashing from JaDine fans, after she was alleged to have been a third party in the break-up of former showbiz supercouple James Reid and Nadine Lustre.

While Issa has remained silent, her sister Yassi spoke up online in her defense, posting a photo on Instagram of her drinking wine with Nadine.

She said in the January 22 post: “this was me and Nadz last night, watching how some of us become cruel over untrue statements. Initially we all laughed about how crazy the things that woke us up yesterday were, and then…. they started getting out of hand, at di na yun tama (it’s not right anymore,” before reminding people to think twice about what they see on social media.

Both James and Nadine replied to Yassi’s post in support, with Nadine saying in the comments “Love u both,” and tagging both Yassi and Issa. 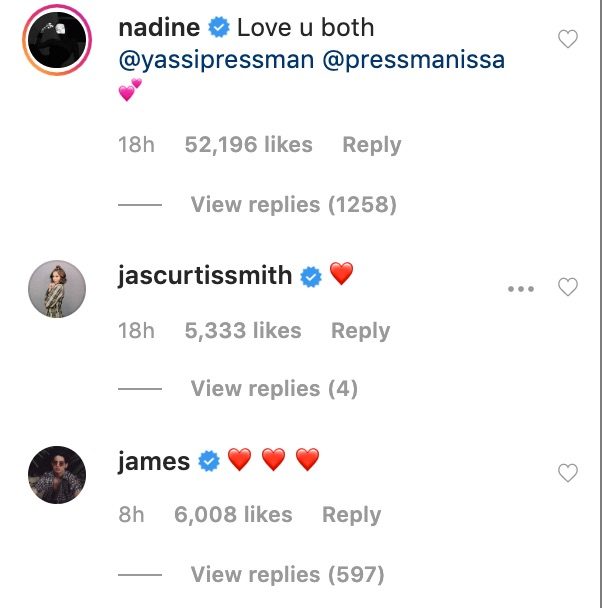 James meanwhile commented with a heart emoji, and posted another reply under his comment saying “sorry you girls got dragged into this. There are some messed up people out there.” James and Nadine announced their breakup in a joint statement on January 20 – just a few weeks shy of what would have been their fourth anniversary.

The couple was launched as an on-screen love team in 2014, and announced that they were together in real life on February 2016.

They said that they broke up “after quiet and mature conversations” to focus on their career and personal growth. They also said that they ended things on good terms, and are still “really good friends.” – Rappler.com