Joel Lamangan on ABS-CBN shutdown threat: Who will tell the story of the Filipino? 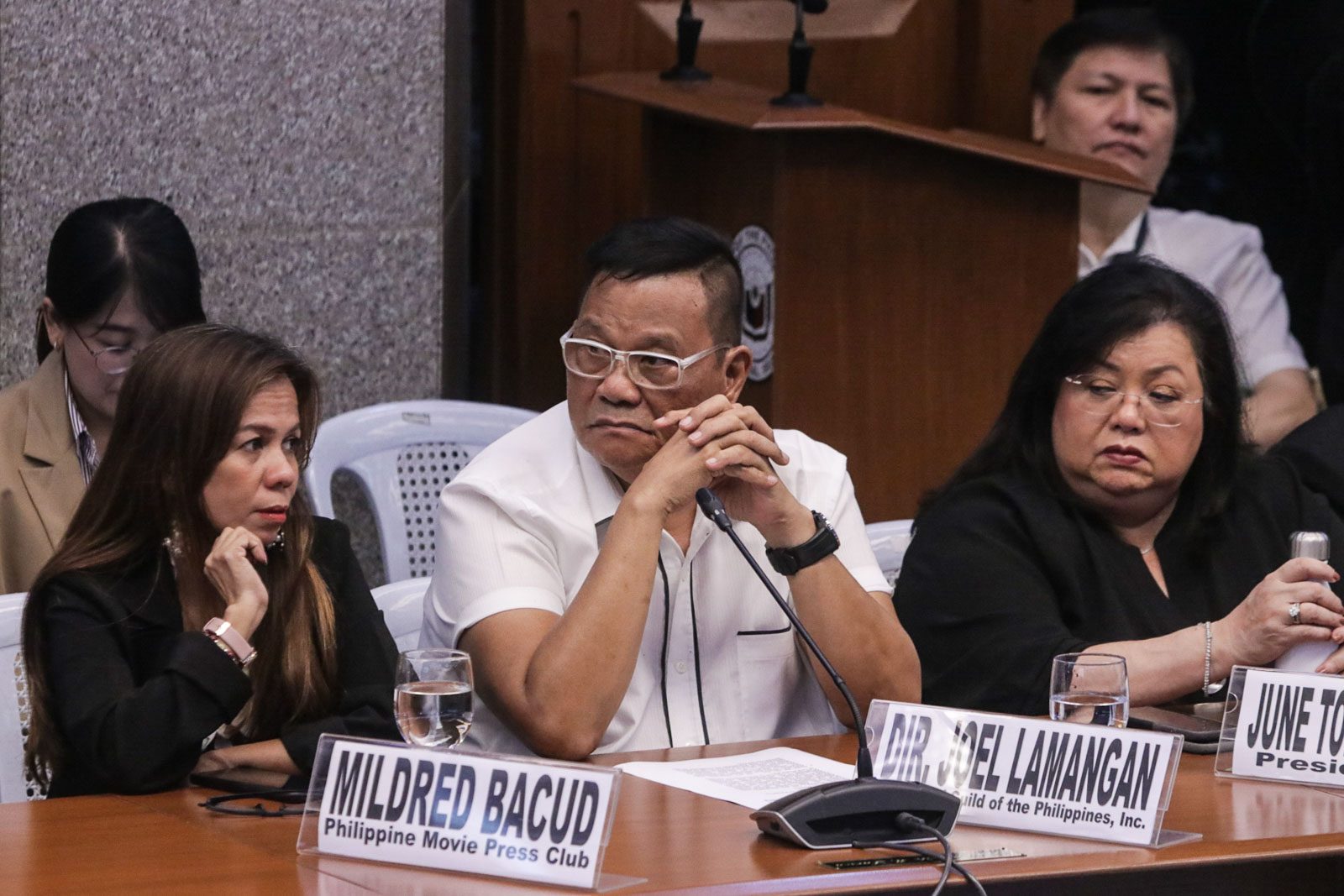 Facebook Twitter Copy URL
Copied
The esteemed director emphasizes the implications of an ABS-CBN shutdown: if government can threaten a media giant, it can do the same to smaller companies and franchises

MANILA, Philippines – Director Joel Lamangan made an emotional plea against threats to revoke the franchise of media giant ABS-CBN during a Senate committee hearing on Monday, February 24.

(I am saddened because, in this hearing, we’re discussing shutting down a platform that promotes freedom of speech, freedom of the press, and freedom of expression.)

Lamangan represented the Directors’ Guild of the Philippines in the hearing.

(If we lose that big a platform…it’s harrowing to think that if this can happen to ABS-CBN, this can also happen to much smaller franchises. Who will tell our story then? The day might come that our story will be told by Beijing, HBO, or CNN. I hope it does not reach that point.)

(The biggest platform for our work is ABS-CBN. Denying ABS-CBN of their franchise is a curtailment everyone’s right to freedom of expression.)

Lamangan’s most recent work include a web-exclusive series for ABS-CBN’s iWant and a Viva movie.

Lamangan added that if there were irregularities in the way ABS-CBN had run its business, as alleged in Calida’s quo warranto petition, the network should be given “due process” and be allowed to answer it before the proper courts.

(We live in a democracy. In our Constitution, we enshrine the right to freedom of expression and freedom of speech. Our stories are a form of artistic expression. The artistic expression in film, in theater, in visual arts, and in other forms of art constitute this country’s soul. If we do not give everyone in the country and our fellowmen abroad the chance to hear and see these forms of art, it would be a sad day.)

ABS-CBN estimates that at least 11,000 individuals – more than half of them full-time employees – stand to lose their jobs should the network lose its legislative franchise. ABS-CBN is one of the Philippines’ biggest media companies. Under its belt is the ABS-CBN channel, the news channel ANC, as well as other channels devoted to music and movies. – Rappler.com