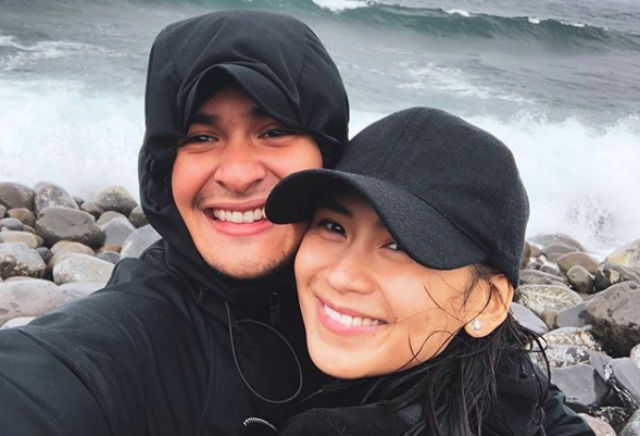 MANILA, Philippines – The secrecy leading up to Sarah Geronimo and Matteo Guidicelli’s wedding was so intense that even Matteo’s family only knew about it the day prior.

It’s one of the little details that Letty Fuentes, relationship counselor and friend of the showbiz couple, told ABS-CBN’s MJ Felipe in a report that aired Tuesday, February 25, on TV Patrol. Sarah and Matteo, who’ve been together since 2014, wed in a secret ceremony on February 20.

Fuentes, who first met Sarah through church, said the two were married in Christian rites – not in a civil ceremony, as earlier reported by media – at around 6 pm at the Victory church in Taguig City. Pastor Paolo Punzalan officiated the union.

Fuentes said Sarah “was so composed” in the lead-up to the wedding.

“She was all alone in the room and dressed up. She was happy, she was really happy,” she said. Fuentes herself didn’t know she was going to be attending a wedding – she thought it would just be a session and dinner with the two.

Matteo’s family and some members of the church were also present during the ceremony.

Fuentes said the couple had been making plans to wed for several years, but their plans never pushed through because of opposition from Sarah’s family, particularly her mother Divine.

While a secret wedding in itself is controversial and fodder for entertainment news, it was the events that transpired after Sarah and Matteo’s wedding that made headlines.

News of their marriage was first “confirmed” to the public after Sarah’s bodyguard Jerry Tamara alleged that Matteo punched him at a hotel in Taguig City following an altercation between the couple and Sarah’s mother.

Divine, who was not invited to the wedding or reception, apparently gatecrashed the post-wedding reception at a posh Taguig City hotel. An angry Divine, said Fuentes, seemed to be “ready for a fight” as she shouted at the newlyweds.

Fuentes denied the allegations against Matteo but said both she and Sarah fell during a scuffle. Matteo himself has also denied Tamara’s claims.

“Walang brawling doon, walang baril. May nabasa pa akong baril (There was no brawl, no gun. I read somewhere that a gun was involved),” she said.

Fuentes said she had also talked to Divine in the past about her daughter’s relationship with Matteo. Sarah’s mother, said Fuentes, insisted she’d reject the relationship even if the two wanted to wed. – Rappler.com