May 11, 2020 1:34 PM PHT
Rappler.com
Facebook Twitter Copy URL
Copied
Moalboal town police say Maria Gigante and her boyfriend got past checkpoints because they claimed they were going to Alegria to distribute relief goods 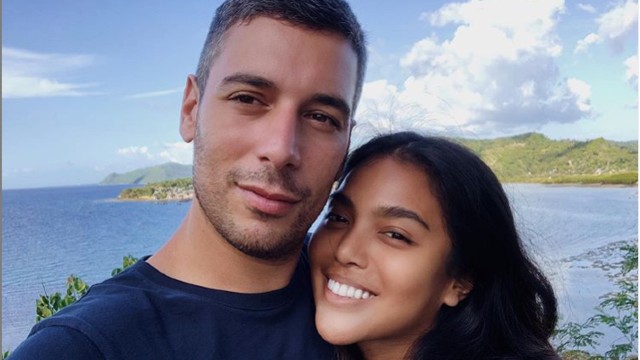 MANILA, Philippines – Model and former beauty queen Maria Gigante was arrested and jailed by police on Sunday, May 10, after she was caught swimming on a beach in Moalboal town, according to reports from Cebu media.

Gigante, who was a title holder during the 2017 Binibining Cebu pageant, was caught swimming and drinking beer in Barangay Basdiot in Moalboal town by local police. Also apprehended was Gigante’s boyfriend, Javier Filosa Castro, according to a Cebu Daily News report.

Moalboal police said Gigante, 26, and Castro, 25, face charges for violating the province-wide enhanced community quarantine protocols and a liquor ban in the town.

Cebu province has been under lockdown to curb the spread of the novel coronavirus. Gigante and Castro, in fact, should not have been able to leave Cebu City in the first place. According to police, the two were able to get past checkpoints because they claimed they came from Dalaguete town and were going to Alegria to distribute relief goods.

The two were placed in an isolation cell because they came from Cebu City, where more than a thousand cases of confirmed coronavirus cases have been tallied. – Rappler.com