SarawaTine helped keep myself ‘2gether’ during the lockdown First off, a disclaimer: I’m not a show critic.

The last time I’ve ever written about fiction was in 2018 for the gay film Love, Simon and I can hardly call that a review. When my editor asked me to write about how I feel about the hit Thai drama 2gether: The series, I immediately said yes, if only for the chance to unpack my many feelings on the show, at least before its last episode. So what you’re about to read here is not a review, but the musings of a gay man stuck inside a 30-square foot condominium during a pandemic, clinging on to a foreign series for sanity.

For those who haven’t watched it yet, 2gether The series is a Boys Love (BL) series from Thailand, which has been home for a lot of popular BL shows like SOTUS, 2Moons, and Dark Blue Kiss. It’s based on a novel of the same name, featuring the story of Sarawat and Tine who both pretend to be dating, only to end up actually falling for each other.

The plot is simple, and admittedly predictable. But its lightheartedness, as its main lead always says, is its secret to success – the series has been incredibly popular not only in Thailand but in other Asian countries like China, Vietnam, and even the Philippines. (READ: Why the Thai BL show ‘2gether: The Series’ works) I was late to jump on the bandwagon and started watching it only by mid-April, a little over a month since the show started. At the time, I was struggling to deal with the lockdown. Just like everyone else, I was going nuts. I’m not a particularly sociable person, but this pandemic somehow has its way of making you feel 10 times lonelier than you would normally be when you’re stuck at home. It makes you feel powerless and out of control, and at times I’d find myself crying at night, just because.

I’ve heard about the show from my gay friends, who now fondly call themselves Sarawat Wives. I was hesitant to watch it at first, only because I’ve been consuming gay media my whole life, and I know that a lot of them focus on the problems the gay community face, which are all important and need to be told, but didn’t offer the escape I needed from my quarantine blues. But I’m also familiar with BL shows and even Yaoi mangas, which are almost always light, so I gave it a try.

Next thing I know, I was so hooked with the show that I watched every episode available in one sweep. When I was out of episodes to watch, I rummaged the internet to find any content related to the show and the cast. Then I just found myself joining a local fan group on Facebook and following fan accounts on Twitter. My friends, the Sarawat Wives, have also set our eyes on a trip to Thailand when the crisis is over.

Here’s the thing: I’ve never acted this way for any show or film in my life. So of course, two days later, it scared the shit out of me. I’ve covered fandoms before and now I’ve found myself in one. It’s a new and surprisingly intimidating world.

So the journalist in me naturally wanted to dissect what happened to me – what is it about this show that made it so special? After a few discussions with friends, I’ve come up with a couple of answers. 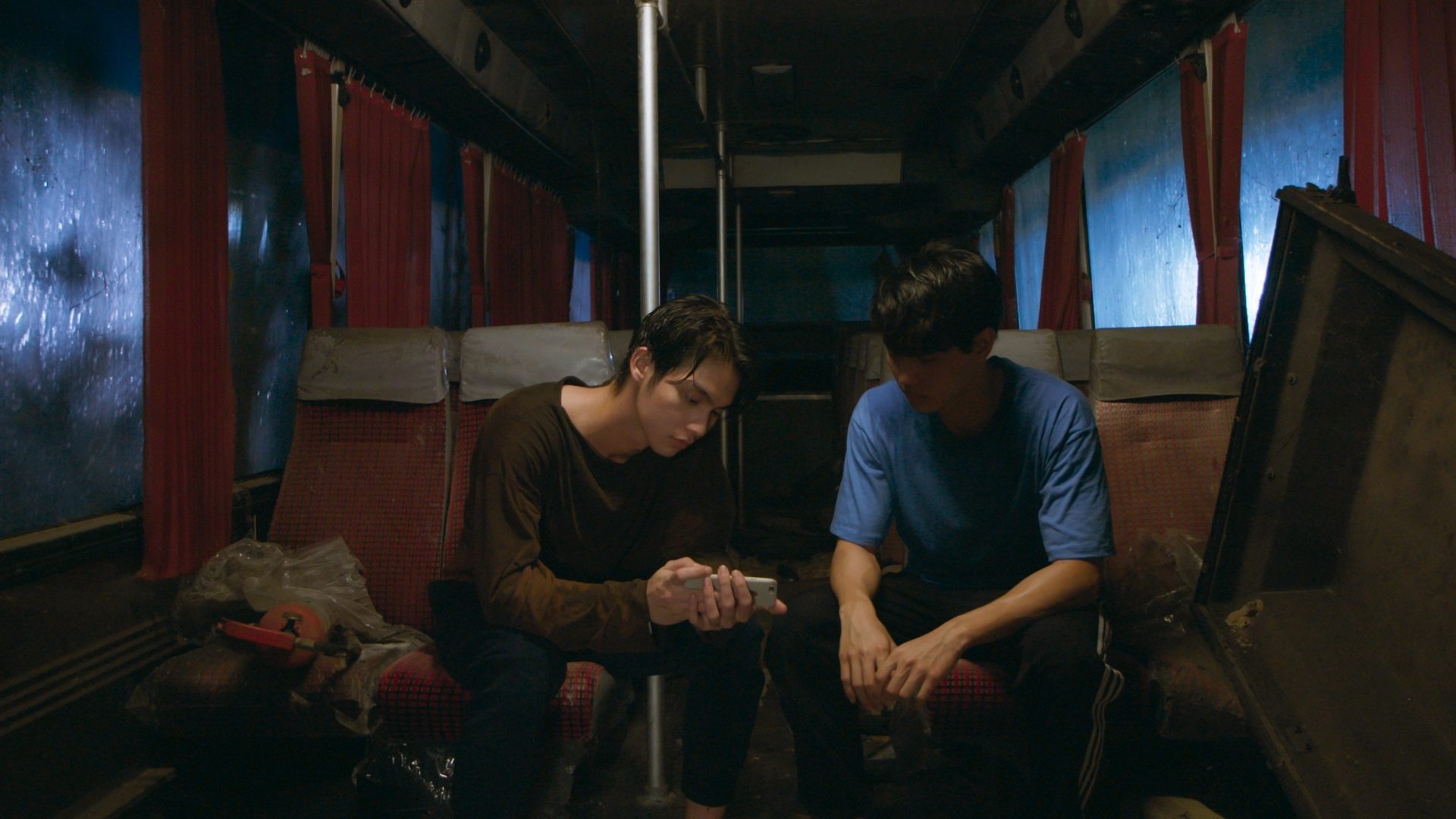 First, I’m lonely. My friends and I honestly wonder sometimes whether or not we’d have felt the same way about the show if we watched it at a different time. I’m sure I’d still like it, but maybe not as much as I do now that I’m down in the dumps.

2gether: the series was treated like any other romantic comedy, only that this has two male leads. It’s dropped many elements you’d usually find in gay media, and just focused on the crazy romantic story between Sarawat and Tine. Like I said, the plot is not that unique. We’ve seen this fake-boyfriend saga many times in dramas before, but the show being unapologetic about homosexuality makes it hit closer to home. It’s the perfect pick-me-up for this gay 20-something whose world had just been turned upside down by a force outside his control.

But there was also a point when the show made me feel even lonelier. It’s quite normal for me when I watch BL shows: It makes your heart flutter because it sets you up to a fantasy that hits so close, and the whole production is so realistic and relatable. But then when the show’s over, your brain dismantles this whole dream of a romantic world that’s so open to gay relationships, then you realize that the actors aren’t even queer in real life, and you just somehow feel a loss for something that’s unattainable in the first place. But I figure that was just me overthinking and a few days later, I was back in gay utopia.

I’d also be lying if I don’t say that a big part of the reason I watch the show is because the main leads are conventionally charming. They’re not only physically attractive, but are actually celebrities with great talent and personalities, living pretty interesting lives. Of course there’s a part of me that wishes that the leads were queer in real life, but I guess that’s too much to ask from BL shows that are primarily marketed to women (and straight men are easier to market to women). I just take comfort in thinking that shows like this will at least help the community get non-LGBT folks to consume and appreciate queer media, which is still a step towards inclusivity. At the very least, both lead actors seem to understand the LGBT cause – in their recent ABS-CBN interview, they’ve even been clear to say that love has no gender, and that’s not something you hear straight men say on TV everyday.

That a show with two male leads has gained this much popularity – no, even the just the fact that shows like this are now being watched on TV — also gives me some hope for the future. Living in the Philippines, there are days when I just cry out of frustration over how unfair the system can be for the gay community. The state does not only fail to recognize our right to be with the people we love when it matters; it also denies us protection from discrimination. In contrast, Thailand has long been known as a gay-friendly country, and while they also still have ways to go to be truly inclusive for the community, it’s still heartwarming to know that a country so close to home is moving towards that direction.

I want to end this by saying the show is not perfect.

There were several parts of it that I found particularly problematic. I’m not about to put it on a pedestal as the world’s greatest. Like I said, I’m not a show critic. But as a gay man with already so much angst against the world and with rougher days ahead because of a pandemic, I’m really thankful to have found 2gether: the series, which, pun intended, helped keep myself together this whole time. I am sure it did the same for a whole lot of other people, too. – Rappler.com

Don Kevin Hapal is a journalist and Rappler’s Data and Innovation Director. He is both a cynic and a hopeless romantic despite himself.