Feb 1, 2014 8:39 AM PHT
Facebook Twitter Copy URL
Copied
Bieber is not the first Hollywood child star to go off the rails 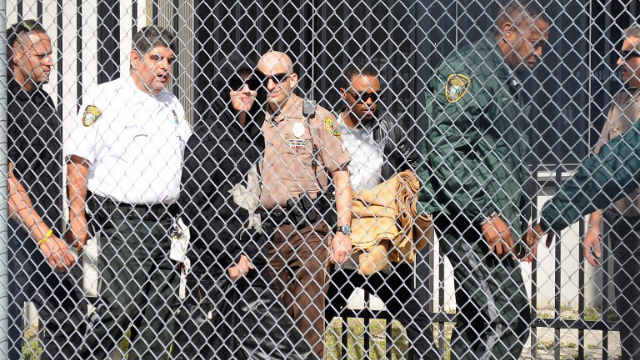 LOS ANGELES, California – Justin Bieber is the latest in a long line of troubled former child stars to veer off the rails – the question now is, can those around him save the teen from a complete train wreck. And if so, how?

A spell in rehab? A tough-love crackdown by his management or family? It remains to be seen if the latest brushes with the law will prove a wake-up call for the 19-year-old Canadian heartthrob.

“If I were his manager, my temptation would be to just send Justin to his room for three months,” Robert Thompson, a professor of pop culture at Syracuse University, told Agence France-Presse.

“The problem is .. there’s 400 paparazzi outside his room taking pictures, not to mention he’s tweeting from his room … If he tweets from the police station, he’s gonna tweet from anywhere.”

For those who follow Bieber’s antics closely, his arrest in Miami Beach and assault charges in Toronto – within the space of less than a week – are hardly surprising.

Tabloid media have for months chronicled his repeated run-ins with police and neighbors in and around the plush mansion where he lives in Calabasas, northwest of Los Angeles.

The singer has also found himself trouble with authorities in Australia and Brazil for spraying graffiti. In Brazil, Bieber was photographed emerging under a blanket from a notorious Rio brothel.

But unlike similar America hell-raisers, the Canadian could in theory be booted out of the United States, where he has made his career.

On Thursday a public petition on the White House website passed 200,000 signatures, twice the threshold to merit an official response.

“We would like to see the dangerous, reckless, destructive, and drug abusing Justin Bieber deported,” it said.

“He is not only threatening the safety of our people but he is also a terrible influence on our nation’s youth.”

That came after he was charged on January 23 with driving under the influence after police caught him allegedly drag racing in Miami Beach, Florida.

Then on Wednesday he was charged with assaulting a limousine driver in Canada, after turning himself in at a Toronto police station with a crowd of female fans screaming their support.

Michael Jackson was another child star who patently struggled to make the transition to the grown-up world.

Bieber – a global star who has over 49 million Twitter followers – seemed to compare himself to Jackson last week, in an Instagram posted after he was charged in Miami.

The post showed Bieber in a dark hoodie, waving outside jail, alongside an image of Jackson a decade ago when the King of Pop was fighting child molestation charges.

“What more can they say,” read the caption. Media reports said Bieber’s father Jeremy – who split from the star’s mother when he was just a baby – was involved in the alleged drag racing.

Canada’s Globe and Mail newspaper said Bieber’s troubles can “be read as an indictment of modern permissive parenting; a cautionary tale about a fatherless upbringing in a single-mom home.”

But, like many non-American entertainers, Bieber – who Forbes magazine says made $58 million in 2013 – lives and works in United States under a so-called O-1 visa.

“It’s amusing, but I cannot possibly imagine he could ever be deported .. boy, we’ve plenty of our own home grown types that are worse influences than Justin is,” he said.

But he added that, while young celebrities have always gone off the rails, social media means that every mis-step is played out under an unrelenting public spotlight.

“Hollywood stars back in the golden age of Hollywood, they were getting into trouble all over the place. The studios were normally able to squelch it, they knew reporters, had little deals here and there.

“That’s impossible now. These stories are going to get out,” he said.

Celebrity news site TMZ reported Bieber wants to move out of his gated community – where Jackson’s family also lives – to an area where there are no “rules and regulations and nosy neighbors.”

Whatever happens, the story will inevitably run and run. “You couldn’t write a better drama. There is innocence. There is pathos. There is suspense. There is tragedy,” said the Globe and Mail.

“The only thing missing is how it will end.” – Rappler.com