A counter-affidavit by Cornejo’s camp, submitted to the Department of Justice on Friday, February 21, during the second preliminary investigation, revealed that actor Vhong Navarro allegedly raped the 22-year-old twice.

Calleja also confirmed to Rappler that Navarro allegedly raped Cornejo on dates January 17 and January 22 in her condominium.

The new information came a month after the controversial incident on January 22, which left Navarro with severe injuries. Since news headlined, conflicting sides have emerged. According to Navarro, he was mauled, threatened and was a victim of extortion.

Cornejo and company are saying they beat up the actor after they caught him attempting to rape Cornejo. On January 29, Cornejo filed a rape case with the Department of Justice (DOJ) against the actor.

According to ABS-CBN, Navarro’s camp questions why the revelation came only now. According to Navarro’s legal counsel Alma Mallonga, the counter-affidavit shows inconsistencies in Cornejo’s statement, and may be in favor of her client’s defense.

“What cannot be taken out anymore was there was a sexual incident. Even Vhong said that, however, contrary to his allegation, it is not consensual, it is rape, it was a forced sexual incident,” said Calleja.

In an interview days after the January 22 incident, Navarro also admitted that “something happened” between them on January 17, but he said they did not engage in sexual intercourse. In the interview in Buzz ng Bayan, Navarro said Cornejo had no adverse reaction during the events of their first get together. 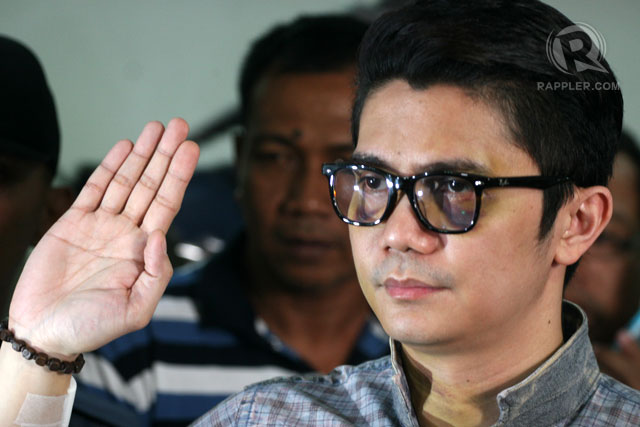 Calleja told Rappler that Navarro’s affidavit mentioning the events of January 17, was what prompted his client to recount what happened on the said night. The revelation, he said, “came after reviewing his affidavit,” said Calleja.

Calleja reiterated that understanding must be granted to Cornejo and alleged rape victims, because of the difficulty of reliving the experience.

“It is hard for a victim to relive one incident of rape, it is difficult or harder for them to relive more than once or twice or thrice, to relive it again and again.”

Calleja claimed another difficulty encountered by his client is judgment and stereotyping by the public.

“They’re being stereotyped. If you’re a rape victim, you should be crying always. hindi naman ganoon…I have handled a lot of rape victims, some are crying, some are strong… people cope differently, that’s why we should give her respect and not judge.”

Gaps in the NBI investigation? 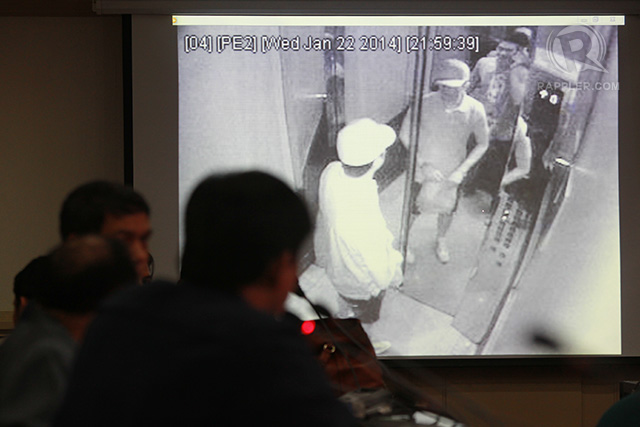 The case is now in the hands of the National Bureau of Investigation (NBI), which earlier filed complaints against Cornejo, Lee, and company. They were charged with illegal detention, serious physical injuries, grave threats, grave coercion, unlawful arrest, and ‘threatening to publish and offer to prevent such publication for a compensation.”

Calleja, however, said the NBI admitted that the CCTV footage obtained from Forbeswood condominium are “unauthenticated and spliced.” Calleja also claimed they do not have a copy of the complete footage.

“It was not my statement but the statement of the NBI agent who was called by the fiscal, by the state prosecutor and they said are what they have are only copies provided to them by Forbeswood, which is incomplete…What thay have is only edited, unathaunticated, incomplete, not raw version, that is what they (NBI) said.”

In the same ABS-CBN report, Mallonga said they see no problem with the CCTV footage released by the NBI. – Rappler.com