Apr 4, 2014 10:13 PM PHT
Rappler.com
Facebook Twitter Copy URL
Copied
Detractors have made jokes about Anne Curtis after she was stung by a jellyfish while taping 'Dyesebel,' while others have remained unsympathetic. What do Jasmine Curtis-Smith and Erwan Heussaff have to say? 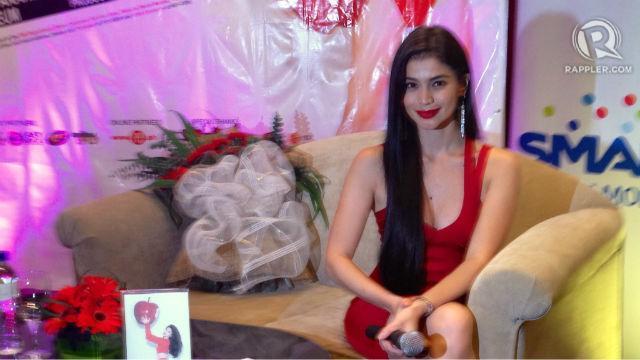 MANILA, Philippines – Those close to Anne Curtis, her sister and her boyfriend, have taken to Twitter to speak up about the singer-actress’ detractors following her hospitalization after being stung by a box jellyfish on the set of Anne’s show, Dyesebel on April 3.

Anne was hospitalized after being stung on set in Batangas, and as a result, suffered from painful rashes, particularly on the sides of her torso.

Her fans were sympathetic to her plight, but several others have made comments saying that Anne “deserved” what happened to her and that the jellyfish incident was a result of Anne’s bad karma. Below are two examples of several similar comments seen online.

Seriously, I don't feel bad for Anne Curtis. I think she deserves what the jellyfishes did to her. 🙁

Sister Jasmine-Curtis Smith tweeted to say that there was “no need to fight” and that she was hurt by comments that Anne deserved what happened to her.

There is no need to fight. Please 🙁

saying that she deserved this when no one deserves to be in risk in terms of health. how could anyone wish this upon another?

For all of you idiots making fish jokes. The box jelly fish is one of the deadliest animals on earth. http://t.co/6NIyr0CvxP judmental asses

Anne was stung by the box jellyfish just a few days after reports surfaced that she confronted Sam Concepcion, the rumored boyfriend of her younger sister Jasmine Curtis-Smith, at the birthday party of Anne’s friend and It’s Showtime co-host Vice Ganda on March 30, stretching into March 31.

Anne was said to have told Sam that he was not “classy enough” for her sister, and said in Filipino that Sam was fooling Jasmine. Anne has since denied that the story is true, although Sam has remained silent on the issue. Audie Gemora, the president of Stages Management, which manages Sam’s career, has said that Sam “cares for Jasmine deeply and will not do anything to hurt her nor her family.””

Meanwhile, while recovering from her injuries, Anne tweeted updates on April 4 about her condition.

Thank you my sweethearts for all your messages. I am officially out of the danger zone. Just have one more test for my heart…

Please pray for me that results are positive…. For now, I'm glad to be alive… Thank you Lord. Thank you again for all your prayers.

Earlier, she also recounted what happened via Twitter, saying that as she was being rushed to the local hospital near the set, she couldn’t feel her legs and ‘slowly couldn’t breathe properly.’ She said that she feared for her life and felt like she had been given a chance.

On social media, she also thanked fans and colleagues who sent their best wishes – and she continued to promote her show, Dyesebel. – Rappler.com