Jennylyn Mercado on going to Patrick Garcia’s wedding: ‘Why not?’ 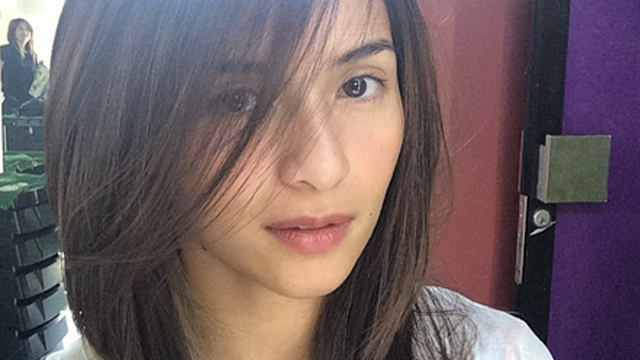 MANILA, Philippines –Actress and singer Jennylyn Mercado said that she is willing to attend former boyfriend Patrick Garcia’s wedding, if she gets an invitation.

In an interview with Pep during an event for the Belo Medical Group, of which she is an endorser, Jennylyn said that she sees nothing wrong in going to the wedding  if she receives an invitation since she and the actor are good friends.

Patrick is the father of Jennylyn’s son Alex Jazz. Patrick also has a daughter with his current girlfriend, Nikka Martinez.

“Why not, ‘di ba? Kung may invitation, why not? Wala namang masama, friends naman kami,” she said.

(Why not? If there is an invitation, why not? Nothing is wrong with that, we are friends.)

(Patrick is the father [of Jazz], so I think there’s nothing wrong with it.)

In the same report, Jennylyn said that she is focusing on her work and family, and that she has no time to entertain suitors.

(I guess I feel that its nice to be single for now.)

(When you are focus on yourself, your family, your career, that’s what my world revolves around, those three – me, my family, and my career.)

When sought for comment about Luis Manzano’s plan to settle down with actress Angel Locsin, Jennylyn said she would rather not comment about them anymore.

Jennylyn was in a relationship with the actor and TV host before they broke up last year.

“I wish him well. I wish them well,” she said. –Rappler.com