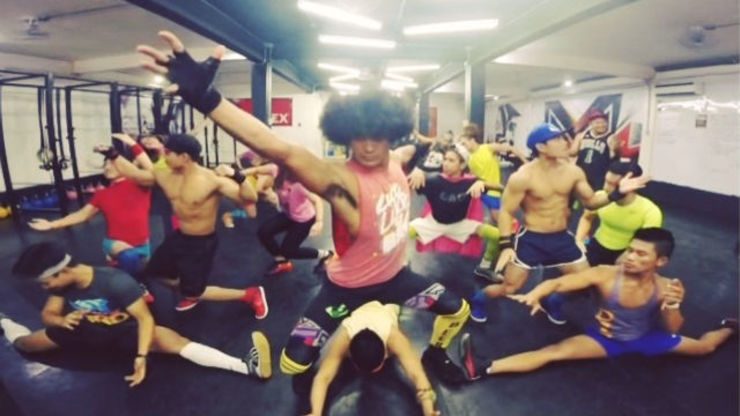 Facebook Twitter Copy URL
Copied
His mother Angeli says he is currently weighing other options, and the young performer says he's thinking about his career long-term

MANILA, Philippines- Gabriel Valenciano has dropped out of the reality show America’s Got Talent.

In a press interview with his mother Angeli Pangilinan Valenciano, it was revealed that the dancer and creator of the “Super Selfie” videos did pass the initial auditions, but had to back out because of certain constraints.

“What America’s Got Talent wanted was for the fans to experience it (Super Selfie video) live. But he says ‘you can’t.’ It’s a different media, a different medium. He [Gab] decided to beg off and because the contract was so strict, he was concerned that he will not be able to accomplish because he just graduated,” Angeli said.

“He felt that he would be constrained by the contract and not be able to do what he wanted to in the States and everywhere else in the world.”

Although he was disappointed, Angeli said that Gab, who is currently back in Manila for his father Gary Valenciano’s concert Arise 3.0,is planning his future career moves.

Meanwhile, in an interview with ABS-CBN, Gab said that he did not regret not pursuing America’s Got Talent.

“In the beginning parang I felt a little ‘Is this really what I want to do?’ Parang masaya (It’s fun) if I do it. At the end of the day, I have to think long term. I went to the States for this reason. I’m not going to get distracted for something else. It would have been a great opportunity to be seen and exposed pero I have to think of my entire career in the US,” he said.

In a Twitter post last week, Gab answered a fan’s question about his audition in the show. He did not diclose the full details but said there are “bigger reasons.”

It was an awesome experience and I did make it through. But I had to withdraw for bigger reasons. @Angelissa10 @gayciatan

The son of superstar Gary Valenciano, Gab is an accomplished dancer, actor, and musician.  He has posted a number of videos on his YouTube account known as “Super Selfies.” One of the most popular videos he created was that of him and his father Gary V, which has received more than 1.9 million views.

Watch the video below.

Gab previously said that the reason he called his videos “Super Selfies,” was because he’s involved in everything, from concept to production, every step of the way. – Rappler.com