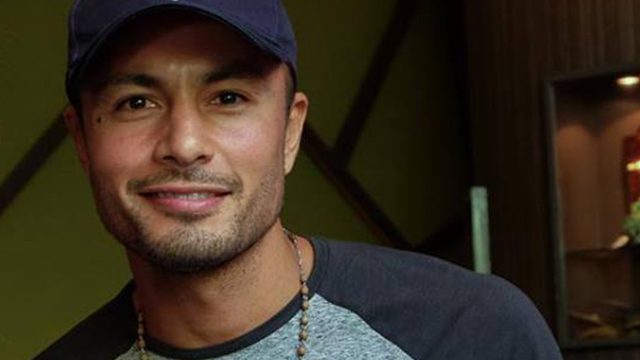 MANILA, Philippines – Actor Derek Ramsay’s alleged wife has filed a case against him.

According to a report aired on Startalk Saturday, August 9, Mary Christine Jolly personally went to the Makati Regional Trial Court to attend to the case she filed against the actor, citing Republic Act 9262 or the Anti-Violence Against Women and their Children Act.

Although Mary Christine’s lawyer Isaiah Asuncion declined to comment about the case, Startalk aired a report about the issue, citing information obtained by the blog getitfromboy.net.

In the report, Mary Christine submitted the complaint on June 27 at the Makati Prosecutor’s Office. The blog published the photos of Derek and Mary Christine’s civil wedding in 2002.

Mary Christine also gave the copy of the marriage certificate to the Makati RTC.

According to Mary Christine, in her complaint said that she and Derek met in a bar in 2001. They lived together and described that he was jealous and possessive.

In October 2002, she discovered she was pregnant and informed Derek, who denied that he was the father. She gave birth to the baby boy in 2003 and requested Derek to be there for the DNA test, but she said he did not show up.

The report also said that Derek did not financially support to Mary Christine and their son.

Meanwhile, Joji Alonso, Derek’s lawyer, who also attended the hearing said that that they will file a counter-affidavit when the actor comes back on August 20 from his trip abroad.

“Everything that is there are lies. So we will proved that in our counter-affidavit,” Alonso said.

According to Alonso, the actor is saddened by the situation.

“These are false accusations as will prove on the 20th.”

Prior to leaving for his scheduled trip, the show tried to get Derek’s comment about the issue, but chose to remain mum about it.

“Kilala ninyo ako. That’s not my ano,” he replied after attending the gala night of the movie The Janitor, which is part of Cinemalaya last August 4.

(You know me well. That’s not my thing.)

“Of course we want to know the truth. That’s all that matters is the truth.”

The issue is not new for Derek. Early in his career, many reports surfaced that he was married and had a son, an issue he refused to talk about.

He dated actress Angelica Panganiban for 6 years, before they called it quits.

He was previously relationship was with actress Cristine Reyes, with whom he co-starred in Trophy Wife.  – Rappler.com