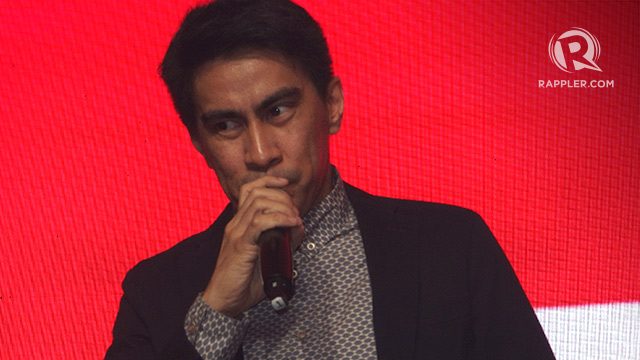 Facebook Twitter Copy URL
Copied
'There is a need to make Mr. Bautista understand that as a visitor of a place he should be mindful of decency and propriety,' the resolution said

DAVAO CITY, Philippines (UPDATED) – Calling comedian Ramon Bautista a “corrupt influence to the youth,” the Davao City Council in a resolution declared him a persona non grata on Tuesday morning for his hipon jokes in a party in the city during the celebration of Kadayawan Festival. (READ: IN PHOTOS: Kadayawan Festival 2014) “There is a need to let the world know and those that employ Mr. Bautista that he is an extremely corrupt influence to the youth and his abusive behavior should not be tolerated,” the resolution said.

Last Saturday, Bautista joked that many women in the city are “hipon” which is a derogatory term for a person with a sexually appealing body but with a less attractive face.

“Mr. Bautista willfully and arrogantly intended to propagate a culture of sexism and male chauvinism that promotes rude and disrespectful behavior against women,” the resolution said.

Former mayor Sara Duterte lambasted Bautista in her Facebook page and urged the councilors to declare the comedian as an unwelcome person in the city.

“Many councilors are my fb (Facebook) friends… If you do not call out this guy persona non grata, you’re doing a disservice to women all over!! P at F to you Ramon Bautista! You are just a visitor, learn how to respect!” Duterte posted.

The councilors agreed that Bautista’s joke is a form of sexual harassment under the Women Development Code of Davao City.

“There is a need to make Mr. Bautista understand that as a visitor of a place he should be mindful of decency and propriety,” the resolution said.

Davao City has an Anti-Discrimination Ordinance which strictly prohibits all forms of discrimination based on sex, gender, identity, sexual orientation, race, color, descent, national or ethnic origin, and religious affiliations or beliefs.

Maximum penalty includes a fine of P5,000 and imprisonment for 15 days.

In reaction to the resolution, Ramon Bautista posted on Twitter that he respects the decision from the Council.

I respect the decision of the Davao officials, and I will abide by it.

He had previously posted an apology on Twitter about the incident, saying that he would accept the consequences of his actions.