Billy Crawford apologizes, explains arrest: ‘It was my fault’

Sep 7, 2014 3:58 PM PHT
Alexa Villano
Facebook Twitter Copy URL
Copied
The singer and host admits the incident was his fault, but says that he did not hurt anyone 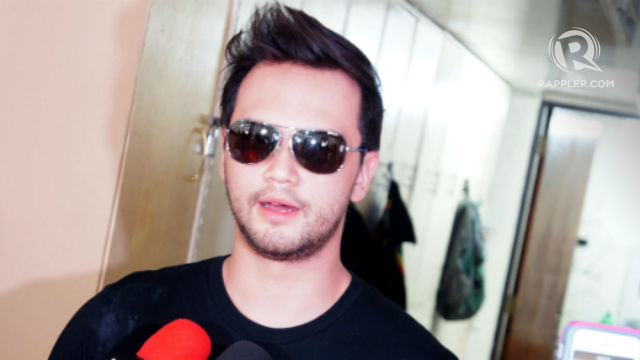 MANILA, Philippines – TV host and singer Billy Crawford has spoken up about his detainment at the Fort Bonifacio Global City in Taguig, Sunday morning, September 7.

According to a report from ABS-CBN, Billy said it was his fault because he became aggressive.

(It was my fault, but no body was hurt, I did not push anyone, i did not hit anyone except for a glass.)

“To be honest with you, I don’t see anything wrong with what I did. It was my fault for actually being aggressive. Buti na lang (good thing) it didn’t happen in a bar, it didn’t happen anywhere else. It happened in a precinct. The reason why is because I knew for a fact I needed to be in a controlled environment. So as I said, I really apologize to the officers if I said anything derogatory or anything else.”

In the same report, Billy admitted to having a few drinks. He also said that he went to to police because he was stressed out and despite the incident said the officers were a big help to him.

“You know when we are under the influence of alcohol, you just don’t really fake it. I don’t come from a background na to hide or to fake anything. It’s an aggression. I’m just really exhausted. I’m stressed out by certain situations. We try to be the best we are. We are not perfect. Ibig sabihin ng ‘Ayaw ko makasakit, (I don’t want to hurt anyone)’ I’m getting the aggression,” the It’s Showtime host said.

“And usually for me, when I’m angry, I’m not plastic. If there’s someone that speaks derogatorily to me or anything, reresbak ako (I will respond). It’s my protection. That’s one of the reasons why I went to the prison and said, ‘Just please arrest me.’ Kasi (Because) I do not want to be drunk roaming around or making a fool out of myself which I am right now. That was it.”

Billy said his girlfriend Coleen Garcia and friends were with him when the incident happened, and is appealing to the public not to make the incident a big deal.

He  also said he calmed down when he was handcuffed by the police.

When asked what he has learned from the incident, Billy said: “Maybe lessen the alcohol and act like a grown up. It’s really immature and it’s a shame for me.”

Billy’s management and lawyer issued a statement via Facebook regarding the singer’s incident.