Mark Gil: A pro until the end

Sep 2, 2014 3:19 PM PHT
Alexa Villano
Facebook Twitter Copy URL
Copied
Despite being sick with liver cancer, the veteran actor continued to do what he loved 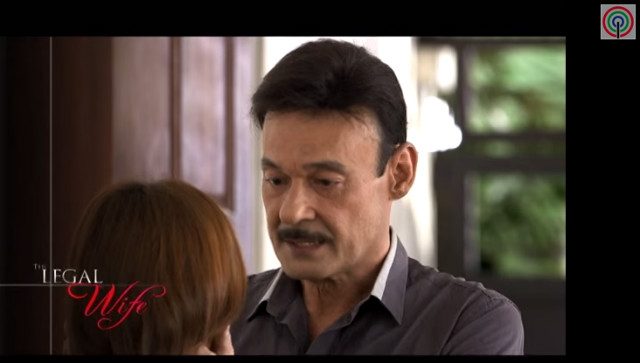 MANILA, Philippines – Raphael John Eigenmann, or Mark Gil as he is known in the industry, is considered one of the best actors in Philippine showbiz. Mark rose to the challenge of growing up in a showbiz family, earning his stature in the fickle world of entertainment, where many others disappear after their 15 minutes of fame.

Mark, or Ralph to family and friends, would have been 53 this year. Born September 25, 1961 to veteran actors Eddie Mesa and Rosemarie Gil, Mark is also the brother of Michael de Mesa and Cherie Gil, who have also made their marks on Philippine showbiz.

The Eigenmann family is considered showbiz royalty in the Philippines, with many of the younger generation also pursuing careers in the industry. Palipat-Lipat Papalit-Palit, directed by the late Lino Brocka, earned Mark a Best Supporting Actor award from the Gawad Urian, while Batch 81, directed by Mike de Leon, would earn him even more recognition in the industry.

According to a special from Inside Showbiz written by director Jose Javier Reyes, the actor’s portrayal of Sid Lucero (which would later be used by his son Timmy as a screen name) in Batch 81, as a neophyte initiated in a fraternity, showed that the Eigenmann blood in him was “ not only potent…but lethal.”

Other movies that have earned awards for Mark include Magnifico (2003), where he earned the Best Supporting Actor accolade at the FAMAS awards, Rotonda (2006) where earned another Gawad Urian, this time for Best Actor, and Alon (2008), where he won the Best Actor award at the Cinema One Originals Festival.

Mark continued to make more movies and earn awards, while also participating in television projects. One show in particular called Cebu, which aired in the early ’90s on the now-defunct RPN-9, had him on-screen with his own family alongside sister Cherie Gil and mother Rosemarie. His brother Michael and then- sister-in-law Gina Alajar also starred with them in the show.

During a guest stint on The Ryzza Mae Show last January with brother Michael, Mark talked about being in the industry.

(We grew up becoming more exposed to the Philippine movie industry because our parents are artists.)

Mark left behind 6 children, with whom he was very close: Gabby and Ira (with Irene Celebes), Timmy (Sid) and Maxine (with Bing Pimentel), Andi (with Jaclyn Jose) and Stevie (with Maricar Jacinto). Many of his kids posted tributes to him on social media when news broke of his death.

In a previous interview with Startalk, Mark talked about his children and the recognition they have been earning, especially his eldest Gabby, who was nominated for the Best Supporting Actor award for his role in Munting Heredera at the 17th Asian Television Awards.

(He was the one who said ‘Dad listen to this.’ He’s been nominated. I said I don’t have that. Good for you.)

He also said that he was proud of the way his children faced intrigues thrown at them.

“I am very proud. That is the way it’s supposed to be. You take care. You create a problem,  you fix your problem. Ang lagi kong sinasabi be careful because isang pamilya tayo and we are celebrities, we are in show business. Its very sensitive. Isang bagsak ng isa, parang domino iyan. Lahat kami damay. I always tell them that.”

Like any father, Mark is also protective of his children. In 2011, in an interview with Boy Abunda on The Buzz, he defended daughter Andi when she faced a lot of media publicity when news broke that she was pregnant.

“You know what, boy, stand up, just stand up,” he said in the interview, referring to the father of Andi’s child. “Alam mo (You know) I fathered when I was 16 years [old]… kahit hindi ko alam ang magiging responsibilities ko, pinanindigan ko ‘yon, hinarap ko,” he said.

(Even if I did not know my responsibilities, I faced it.)

But Mark also showed his funny side in interviews. At The Ryzza Mae Show in January of this year with brother Michael, he talked about being a singer in the family. (You mentioned that we are good singers. The truth is we are singers who just sing around without any record.)

In the same interview, both he and Michael shared that one of their favorite songs is “Lean On Me,” because according to Michael: “Kung meron mga pagsusubok sa buhay, mga trials, nandito lang kami magkakapatid sa isa’t isa na puwedeng magsandalan sa isa’t isa.”

(If there are trials in life, all of us siblings are there for each other to lean on each other.)

Aside from his wife and children. Mark is also a grandfather to Gabby, Sid, Maxine, and Andi’s kids.

The Legal Wife and his final days

Last year, Mark took on one of his final projects, the drama The Legal Wife starring Angel Locsin and Maha Salvador. At that time, the actor was already fighting liver cancer.

In an interview with ABS-CBN, Rory Quintos, the director of the show, recalled how they were worried about Mark when they found out that he was not feeling well.

“We cleared that with him, and he said that he was in remission and that he really, really wanted to do the project,” she said.

Rory also said that despite the observation of his failing health, Mark assured them that he was okay as they filmed the show.

On Mark’s death, Rory said that she will remember him for his honesty and hard work.

"As long as filipino films are being watched and appreciated, there will always be a Mark Gil." #foreverandawaysdad

On September 1, Mark died, with his family by his side. As the Philippine showbiz industry mourns his death, fans remember the actor who made the audience laugh, cry, and feel the plight of whomever he was playing on screen. He was a professional to the end. (READ: Stars, colleagues express sadness over Mark Gil death on social media)

Michael, who was tasked to read the family’s statement on air, said that his brother was a warrior until he died.

“Ralph faced death with courage and grace, while still bringing laughter to the room. That was his gift: the ability to make those around him better,” he read.

“Ralph had told us that he only wanted to spend and cherish the remaining precious days of his life in the company of his family and closest friends. He also wished that we be allowed to grieve his passing in private.”

Mark’s children posted photos and tributes to their father, remembering not only as their dad, but for what he has done in the industry.

“sa simula’t katapusan ay kapatiran,” read the caption, a reference to an iconic line from Batch 81, which was also found in the family’s statement.

From being a son, brother, father, grandfather and an actor, his legacy lives on with his children and future actors who want to follow his footsteps. – Rappler.com