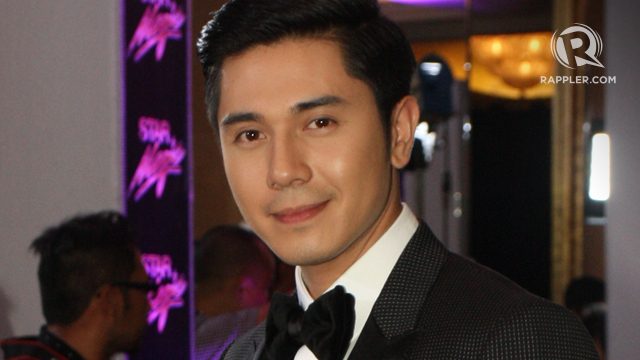 Facebook Twitter Copy URL
Copied
The actor says it is his third time to participate, and promises to do something new for the audience

MANILA, Philippines  – Actor Paulo Avelino is set to walk again to screaming fans at the annual Bachelor’s Bash by Cosmopolitan happening on September 24 at the World Trade Center.

“This year I’m gonna do something new. and more exciting than than the last time!” the actor told reporters during the press conference for this year’s 69 Cosmo Bachelors at the Luxent Hotel in Quezon City.

(I did not expect that they would get me again after I wasn’t able to attend last year’s bash.)

James, who starred in movies such Talk Back and You’re Dead and Diary ng Panget, said he is excited to be walking in this year’s Cosmo bash.

“I’m young, so I can bring some young energy to the show!” he said.

Benjamin Alves and Pancho Magno on the other hand said the expectations are getting higher.

(It’s my third year now, so the pressure is big. I hope to show something bigger.)

Benjamin for his part said: “Everyone here has a surprise to show for the Bash.”

Prior to the press conference, this year’s centerfolds also answered questions from the readers.

Benjamin Alves on his favorite books

Pancho Magno on his idea of a dream date

This year’s Cosmo Bash is dubbed as Cosmo Tower 69, with the boys “working” in the same sexy office environment.

The CosmoMen supplement is included in the September issue of the magazine featuring actress KC Concepcion.  – Rappler.com