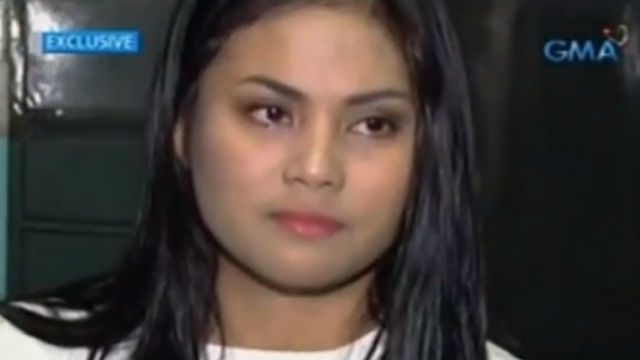 Facebook Twitter Copy URL
Copied
The case was dismissed for lack of sufficient evidence, while the perjury case filed by Vhong against Roxanne was also dismissed

MANILA, Philippines – The Department of Justice has junked the rape case filed by Roxanne Acosta Cabañero against actor-comedian Vhong Navarro.

According a report from ABS-CBN, the DOJ dismissed the case due to lack of sufficient evidence. It was also stated in the resolution that Cabañero’s story was “contradictory, suspicious and of doubtful nature.”

The beauty queen contestant, in her complaint before the Pasig City Prosecutor’s Office, said that Navarro raped her when she was a candidate of the Miss Bikini Philippines Pageant in 2010. (READ: Details emerge on Acosta, the woman in new Navarro rape case)

The DOJ also said that her story did not add up, failing to say the details of how Navarro allegedly raped her and how she was able to fight him back.

In the same report, the DOJ also dismissed the perjury cased filed by Navarro against Cabañero due to lack of sufficient evidence.

The It’s Showtime host accused Cabañero of lying under oath when she said that the alleged rape happened in April 2010. He said he was out of town, which made it impossible for the alleged incident to happen.

According to a report from Pep, Assistant City Prosecutor Christine Perolino of the Pasig Prosecutor’s Office explained the dismissal of the perjury case.

“However, the exact date when the alleged rape happened was not the main fact subject of inquiry in that rape charge and it was not an element of the crime.

“What appears is that the date is material only with regard to complainant’s defense therein.”

This is the second rape case against Navarro dismissed. Last April and July, the DOJ junked the two rape complaints filed by Deniece Cornejo against him. – Rappler.com