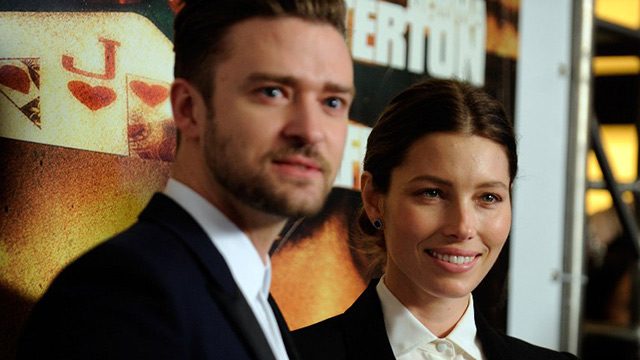 “Thank you EVERYONE for the Bday wishes! This year, I’m getting the GREATEST GIFT EVER. CAN’T WAIT. #BoyOrGirl #YouNeverKnow #WeDontEvenKnow #WeAreTakingBets,” Timberlake wrote on his Instagram account below a photograph of him kissing Biel’s pregnant belly. (READ: Justin Timberlake and Jessica Biel expecting baby – reports)

Timberlake made his start as a child television star before joining ‘NSync.

He more recently has become one of the music industry’s most popular solo singers and has starred in movies including the Facebook-themed drama The Social Network.

Timberlake in 2012 married Biel, 32, who has found success both on television and in film. – Rappler.com