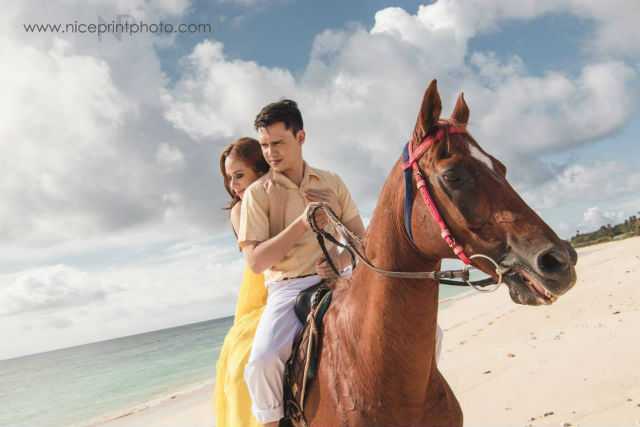 Patrick and Nikka are set to tie the knot this month.

The photos were shot in Balesin Island Club in Quezon province. Some of the photos show the couple with their daughter Chelsea, and the two riding a horse.

Take a look at some of the photos.

Aside from Chelsea, Patrick is also a father to Alex Jazz, his son with ex-girlfriend Jennylyn Mercado. Jennylyn and Nikka have previously met, together with the kids.

Last August, Patrick confirmed that he and Nikka were officially engaged. In an interview with The Buzz, Patrick said that he knew it was the right time to propose to Nikka.

In a previous interview, Jennylyn said that she and Patrick are now good friends, and that she would not mind attending his wedding. Jennylyn and Patrick broke up in 2008. – Rappler.com