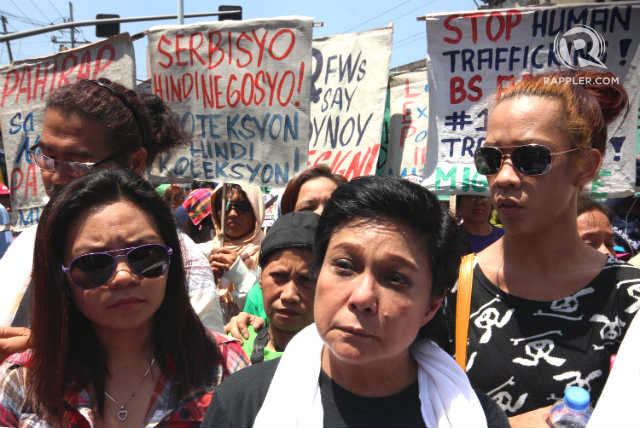 According to a report from Pep, Nora made the call during a rally on the death anniversary of Flor Contemplacion, Tuesday, March 17 with members of Migrante, Gabriela, International Womens Alliance (IWA), and other Overseas Filipino Workers (OFWs) groups in Mendiola.

Contemplacion was the overseas Filipino worker found guilty in Singapore for the death of another OFW, Delia Maga in 1995, and Maga’s 4-year-old. Her execution caused temporary strains in the bilateral ties between the Philippines and Singapore.

In her speech, Nora, who was wearing a shirt with the slogan, “Proud to be Filipino Ashamed of my Government,” read some of the points by the militant groups against Aquino. It was there that she called for his resignation.

According to the same report, Nora said that she has always been a big supporter of the rights of the OFWs.

Nora said she believed that Aquino should not be president since he “doesn’t know what’s happening.”

“Hindi siya dapat naging Presidente….Kinakailangan na po yata na siya’y bumaba (He should not have been the President…I believe she should step down),” Nora said.

Nora also clarified that her resignation call had nothing to do with the National Artist controversy last year. Nora was included in the shorlist submitted to Aquino, but the President deemed her unfit to receive the prestigious award.

Aquino had admitted that he did not consider Nora for the National Artist award because of her drug issue in the United States back in 2005, although she was never convicted of the charges. – Rappler.com