Mar 19, 2015 6:28 PM PHT
Rappler.com
Facebook Twitter Copy URL
Copied
One Direction will be performing at the Mall of Asia Concert Grounds on March 21 and 22 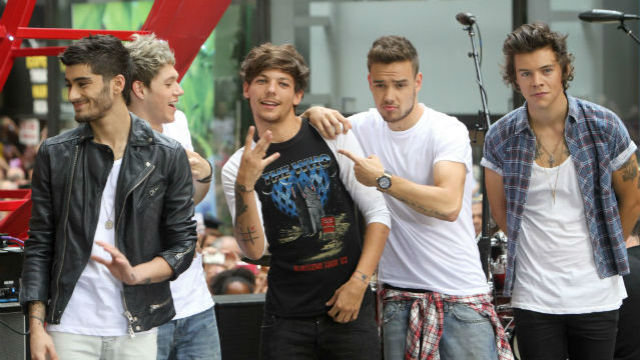 MANILA, Philippines – The Bureau of Immigration (BI) has ordered the organizers of One Direction’s concert in Manila to post a cash bond before the group is allowed to perform, reports said.

UPDATE: One Direction has already paid the cash bond on Thursday, March 19.

According to a dzMM report, the BI asked concert organizers pay P200,000 each for members Zayn Malik and Louis Tomlinson, and another P20,000 for their express lane fee.

If the producer fails to pay the amount before the performance dates (March 21 and 22), the band will not be given a Special Work Permit (SWP) and will therefore not be allowed to perform.

This order was issued in relation to a video of Zayn Malik and Louis Tomlinson of One Direction smoking marijuana. The act was caught on video, which went viral in 2014.

The video caught the attention of Laban ng Pamilyang Pilipino, Inc., an anti-drugs group in the Philippines, who then requested that the band be tested for drugs when they come for their March 21/22 concert.

The Bureau of Immigration also reassured that the cash bond will be returned, but should there be any violations committed by the band, the bond will be forfeited.

One Direction will perform on March 21 and 22 at the Mall of Asia Concert Grounds as part of their “On The Road Again” tour. – Rappler.com

One Direction stock photo via Shutterstock